Best day’s fishing conditions I’ve been out in for a very long time! Warm, sultry, even. Light easterly/north easterly brreze. Bright spells, though largely good cloud cover. The thunderstorms forecast for the afternoon had yet to materialise by the time we departed.

Due to a late call-off, I had a boat to myself. With conditions to kill for, and a boat to myself, I set up with dries and went looking for rising fish in quiet corners to have a throw at. I found some – in the far corner of the dam wall. I had started on 12s, and found I was getting too many fresh-air shots from the fish. I dropped down to 14s and that did the trick. I was just using simple half-hogs. I kept a couple fish and spooned them. They were mostly on black gnats – a black fly in barely a size 16. So, what was my stand-out fly? A size 14 picric half-hog – taken in favour of the black one I was also using! I was also getting them to a 14 claret half hog. The fish were towsy – I was on my backing twice.

Elsewhere, Trevor had 9 to washing line and booby technique along the heather bank. Dougie skedd had 10 to dries – a black gnat imitation – at the dam and north east shore. Davie Tyrie and Keith Logan had 24 to the boat across the dam area. Davie was on dries and a booby on the floater, while Keith was on a figure-of-eighted washing line of booby, pearly dabbler and cormorant.

Jimmy McBride was top rod of the day. Jimmy fished a washing line of cat booby, cormorants and Diawl Bach to land 20 fish. 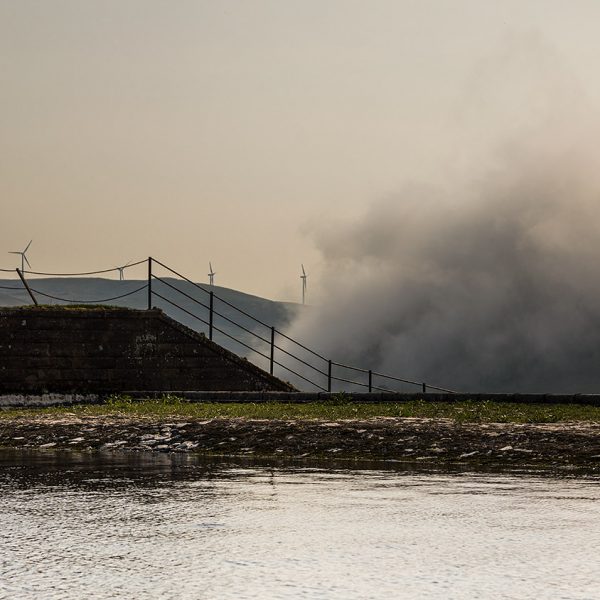 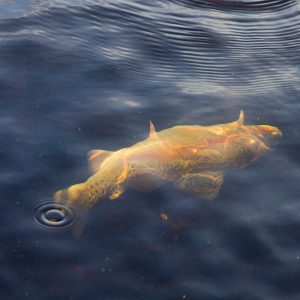 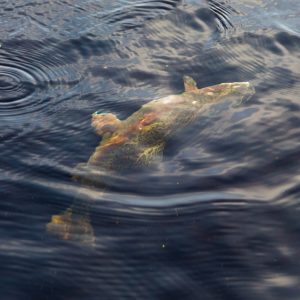 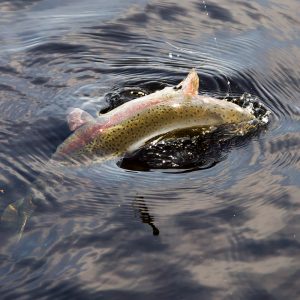 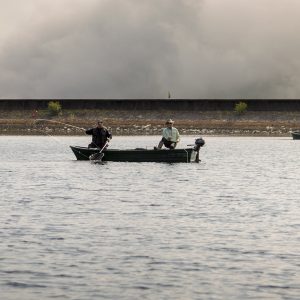 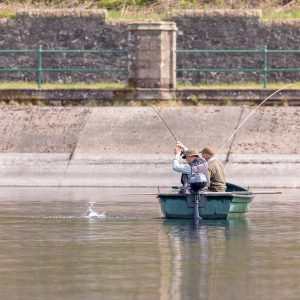 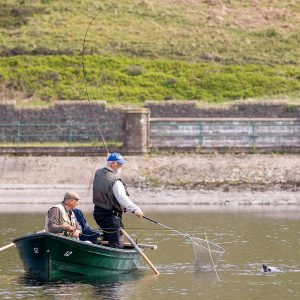 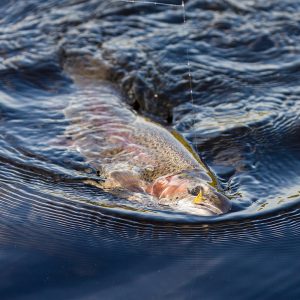 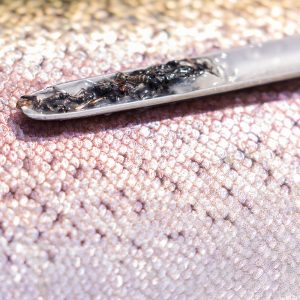 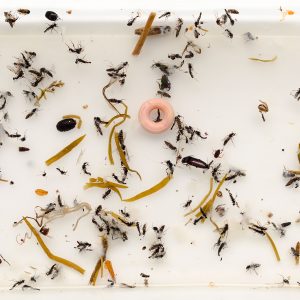 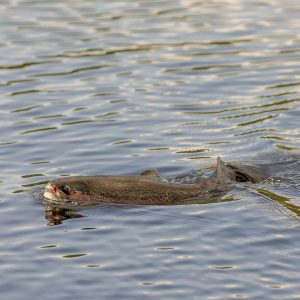 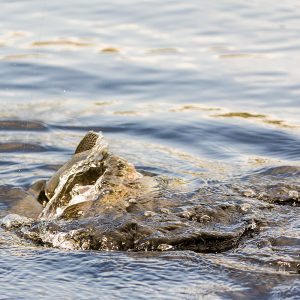 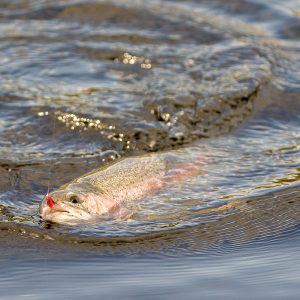 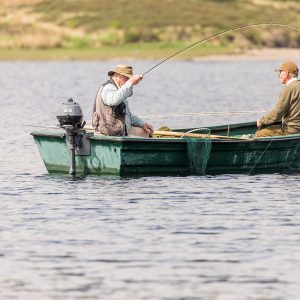 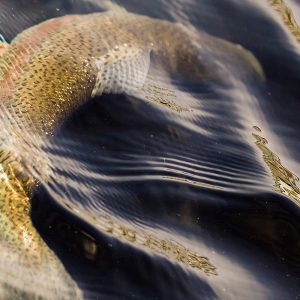 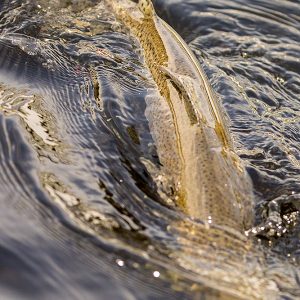 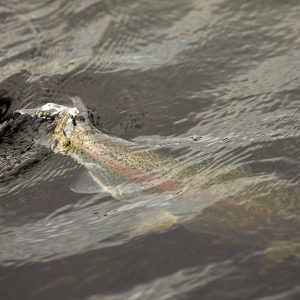 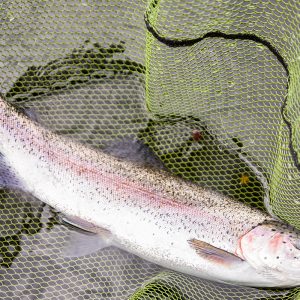 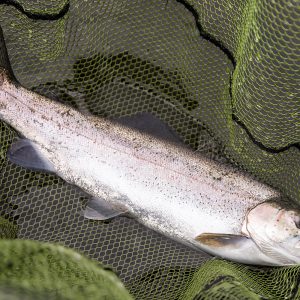 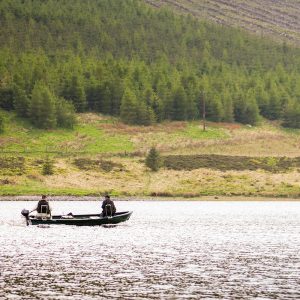 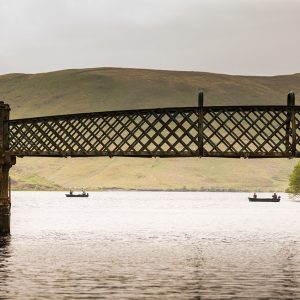