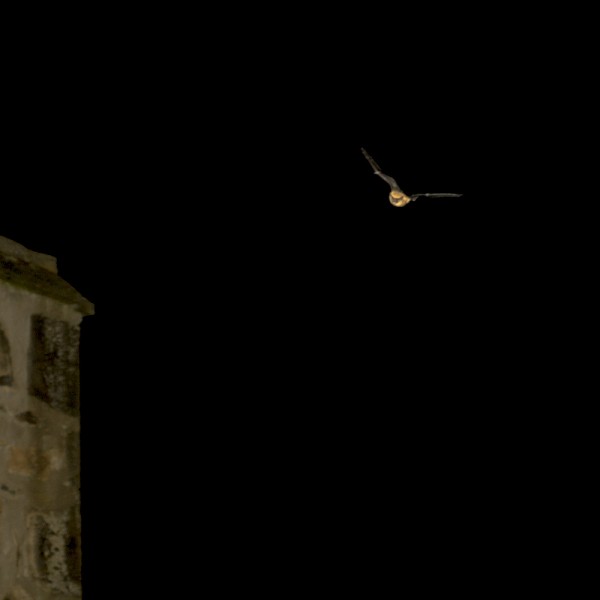 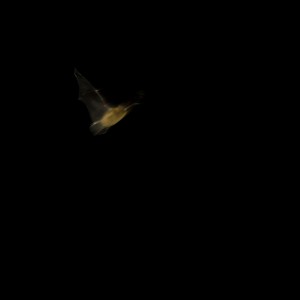 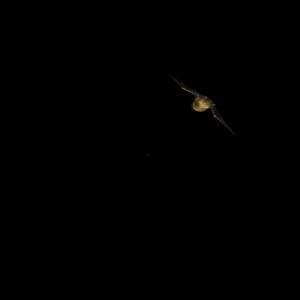 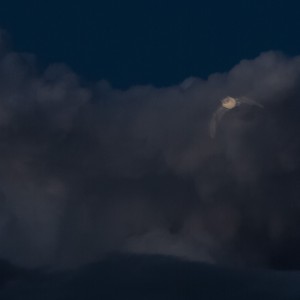 Not sure what species this is.  He appears outside the back of the house at dusk.  There is a small window of a couple of weeks where the light is late enough to overlap with his emergence time for long enough to give me a chance to try and snap him.  Very tricky using ordinary gear.  Had flash on full power.  No chance to focus – he’s just zooming across the viewfinder in a fraction of a second in very low light.  So, all I could do was prefocus at a set distance and try to catch him that distance out.  Being forced into a very wide aperture because of the low light just makes trying to catch him in focus worse!  So, a lot of attempts for very few acceptable shots.

The one with clouds in the background was a case of putting the camera on a tripod and exposing for the sky – 0.7 seconds.  The very short duration of the flash froze the bat in the frame.

I am pretty sure the small blob in the centre of shot 7062 is a moth that the bat is homing-in on.