Some things just never change.  If we have a club outing on Coldingham, we get rubbish conditions for it.  Never seems to change.  Surely it must get gentle westerlies and a good ceiling there on some days?  Surely???  So, how come I can barely remember a day when we didn’t get a bright sky and a stiff south-easterly?

It was a day of bright skies and stiff south-easterlies.  That was partly offset by spells of good cloud cover, but weighed-up against the wind veering about and changing every 5 minutes.  It even dropped nicely for a few minutes here and there and, if you got that in combination with cloud cover, it was actually nice conditions.

I set up with dries, more in hope than in expectation.  There comes a point in the season when I am just routinely fishing dries on the rainbow waters and this was well past that point.  And I thought I was all set, as I hooked a fish about 2nd or 3rd cast, drifting down the high east bank.  That one fell off the sedge-hog on the dropper, only to be foul-hooked on the tail fly… only to fall off that too!  Thereafter, Mel Mitchell and I fished on and on for mostly hee, interspersed with bouts of haw.  We both tried different approaches for an hour or so, to check out the alternatives.  That did nothing.  We were seeing the odd rise, so I decided to go back to dries and try to find an answer.  After a few experiments (and bearing in mind I heard mention of suspender buzzers catching) I got onto a pairing of a suspender buzzer on the tail and a CDC shuttlecock on the dropper.

That got things going.  One on the sussy got us off the mark.  Then followed a frustrating spell of hooking fish and having them on for a good while, only for them to get off before the net.  Four fish on the trot!  I am not sure to what extent the weed growth was a factor.  There was a lot of it, and we were finding the fish in amongst it, so when you hooked one, first thing that happened was it ran through the weed…

The other thing I was not too sure about was the hooks. I have been tying up my sussies and shuttlecocks this year on Fulling Mill FM50 20: 35025 grab gape.  The point is slightly turned in.  Not sure?  However, the last 3 I hooked took the shuttlecock on the same hook and they all stuck OK!

I was genuinely surprised to find the water as warm and the insect life to be so absent on what seemed like a good day overall. Matt’s fish finder image showing fish at a depth of over 20ft in Swing Gate bay was a real eye opener.  I did not think it was that deep, but fish were obviously far more comfortable holding deep. Water clarity was excellent but I did have a bit difficulty, even with the dries, in and around the weed (there was much more of this around than I can recall).  Twice, when playing fish (and that was not very often) they ran for cover and the top dropper got caught on the weeds – bah humbug!  Still enjoyed the day, despite the obvious frustration.  Anyone ever see me dip into the tackle box for a Di-3 or worse at Coldingham… please show no mercy.

The Club’s 11 rods landed 25 fish.  Top rod was Trevor, with 6, taken sitting at anchor on a washing line set-up of Diawl Bachs and buzzers, with a small booby on the tail. 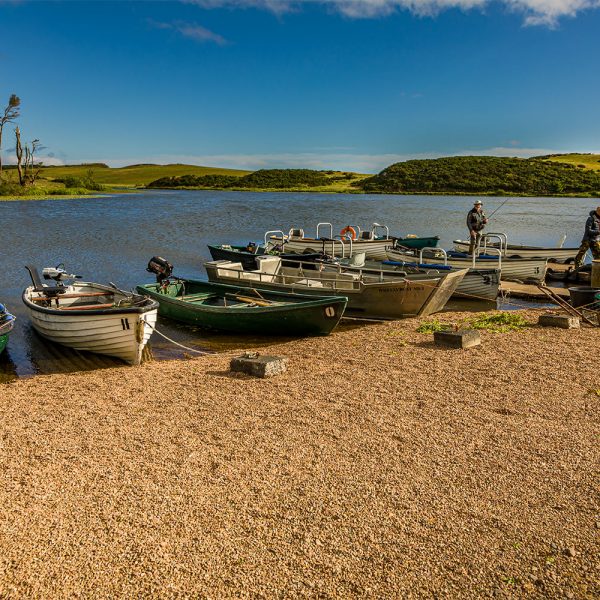 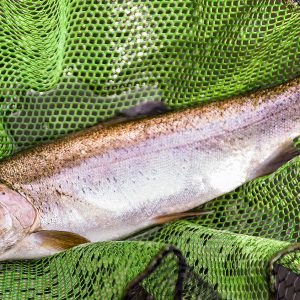 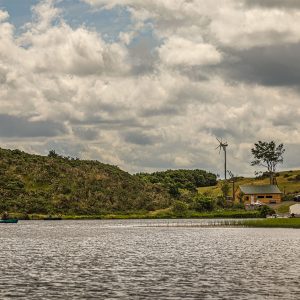 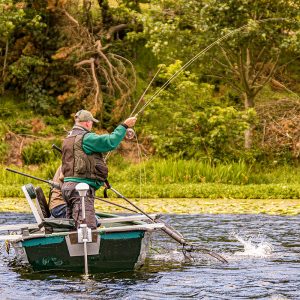 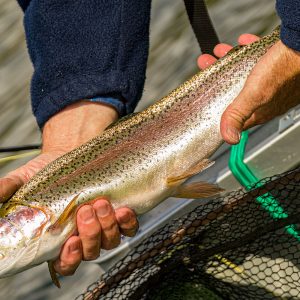 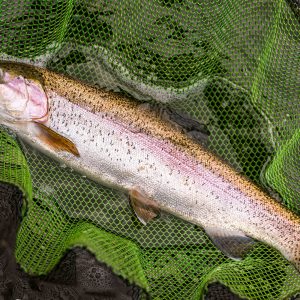 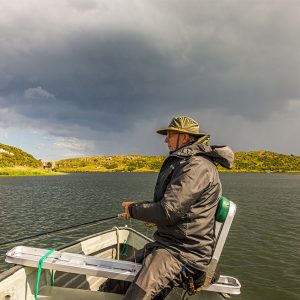 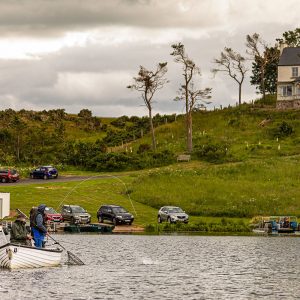 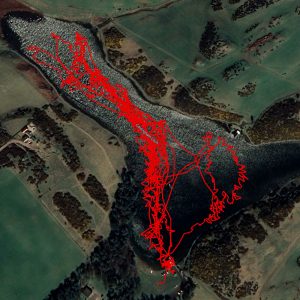