One thing our club can usually count on when we go to Coldingham is rubbish fishing conditions, and yesterday was typical.  Bright for much of the day and a stiff, swirling, variable wind.  Gareth informed us the fish were high in the water and dries were doing well.  So, Bob Whyte and I both set up with dries.  I seem to have developed a strange affliction when fishing dries on Coldingham.  I get a huge number of fish coming at my flies, but with very very few hook-ups.  I have no idea what is going on.  I don’t get this problem on other waters, so why Coldingham?  I have tried changing leader materials, tried all the different fly profiles and sizes and patterns, all with the same result – fish looking, but not taking, fish taking, but not being touched, fish being touched, but not being hooked…  and all the other variations on not catching a fish.

So, when I had 4 offers on the first drift, without touching any of them, I decided to count the total and see just how many I racked-up over the day.  I tried changing the flies a few times, all with the same result… no fish hooked.  I got to 18 offers before I hooked number 19.  Nineteen for one, in cricket parlance.  By now I had rerigged my set-up and was fishing a team of 3 sedgehogs (on nylon) – mixing up static presentation with figure-of-eighting them along the surface.  That change certainly increased the number of offers, but not the conversion rate.  Nineteen for one became 34 for 2.  At the other end of the boat, Bob was getting a bit of the same sort of thing with his dries.  Again, he tried a few different things, without making big inroads.  I was at least touching a few now, but not sticking to them well.  They were certainly liking the movement of the hogs.  The third wicket fell at 50, and that became 59 for 4.  The last wicket fell at 71.  Having bowled the requisite number of overs by the 5 o’clock finish, I declared on 71 for 5. 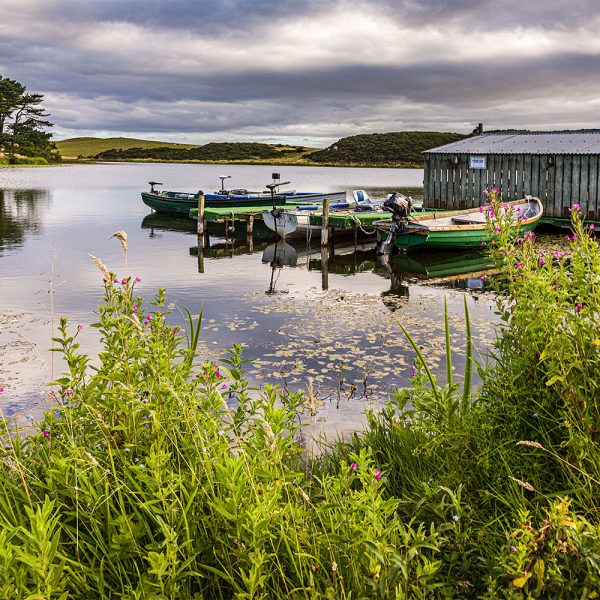 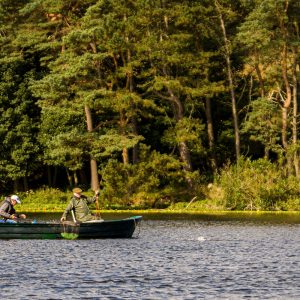 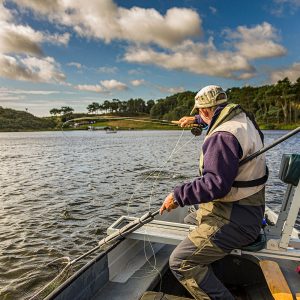 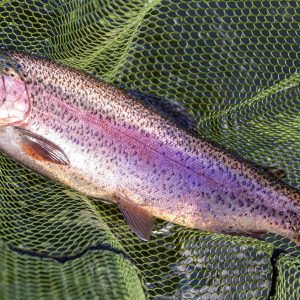 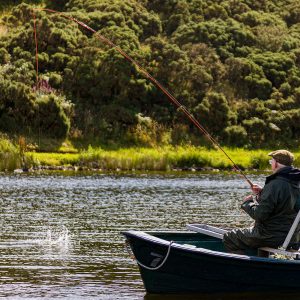 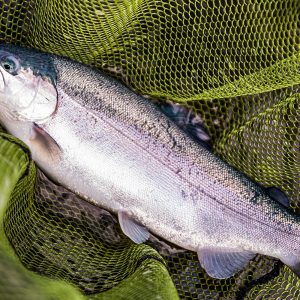 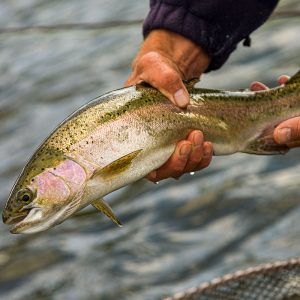 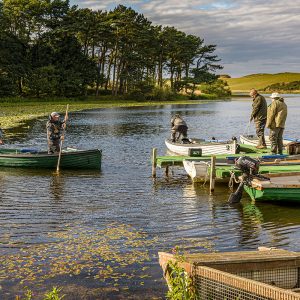 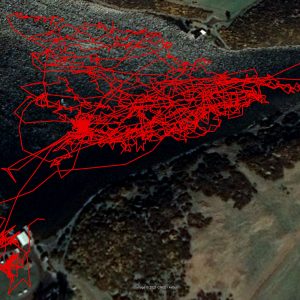