A bit of a curate’s egg of a day – good in places!  We had some decent overhead at times, though bright at others.  The temperature was decent, though the wind had an edge when it was coming out the east.  The wind itself was a bit of a bastard.  It was fresher that you wanted, and it always seemed to be trying to come from 2 directions at once.  We would get the breeze coming from our back, pushing us down the drift, then we would get the cross-wind coming from our left, and it would push our boat, nose-first, down the wind, to the point we had a wake coming off it!  This happened all day long, to our eternal frustration!

Dougie Goddard and I set out with dries, and we could see a decent number of rising fish to pitch them to.  As we got settled-in, it became apparent that there was a big number of scrotty wee egg-laying buzzers, buzzing about the surface, combined with teeny black terrestrials – all flying an inch or two above the water.. The fish were tuned-in on these.  At times we were seeing fish jumping out the water, trying to catch them.  Hhhhmmm… not easy to catch on a static dry fly.  My initial choice of a small suspender buzzer on the point was worth 4 fish over the first couple of hours, but I knew it wasn’t quite right.  I was having to cover 10 fish to get one to look at me, and I was having to get 10 fish to look at me to get one to take me properly.  Dougie was having the same sort of problems.

Elsewhere, the catches seemed to reflect the trickiness of the conditions.  Best bag went to Keith Logan, with 16, taken on a mix of dries and nymphs.  Keith took advantage of a late spell on dries, drifting into Swing-Gate Bay. Gary Heseltine had 5 to buzzers, fished at anchor in the main basin.  Gary hooked a big fish (seen being played in the photos), which unfortunately opened his hook out.  Stewart Barnes had 4 to a mix of dries and nymphs. 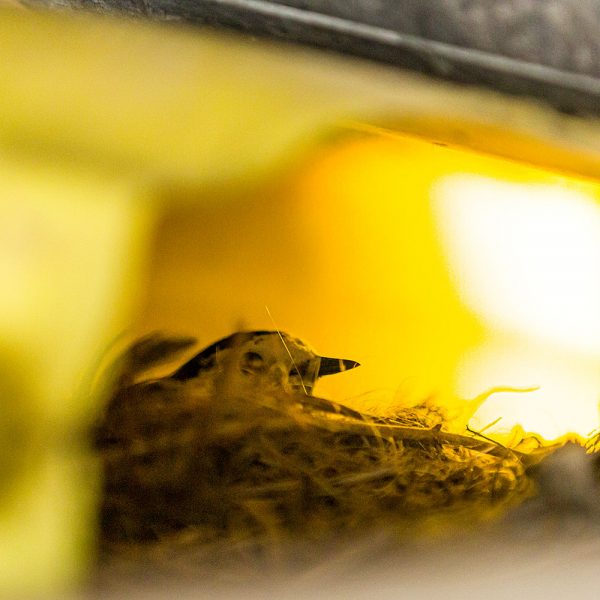 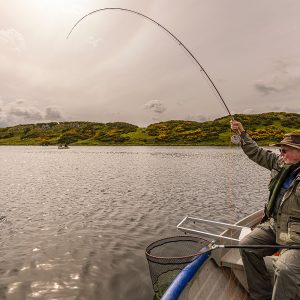 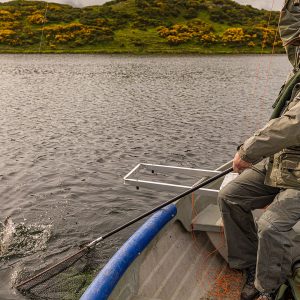 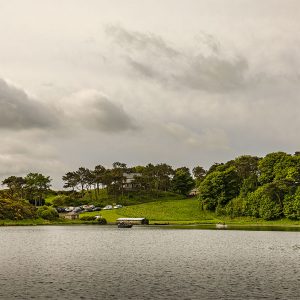 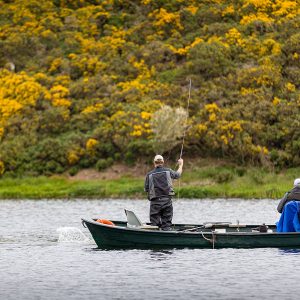 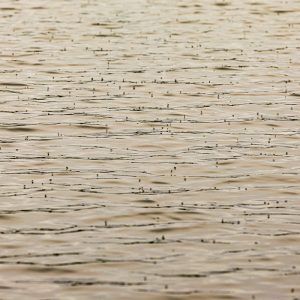 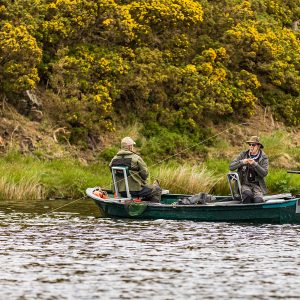 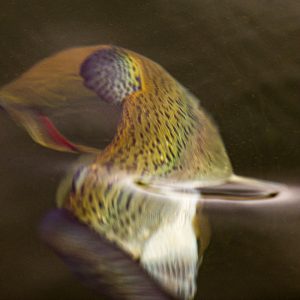 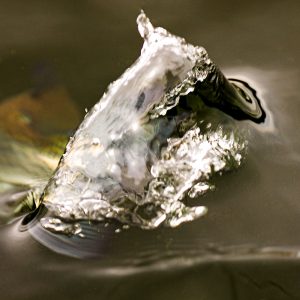 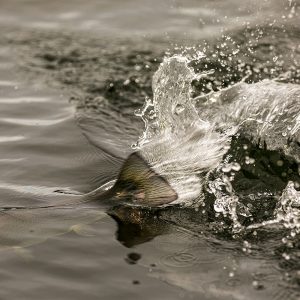 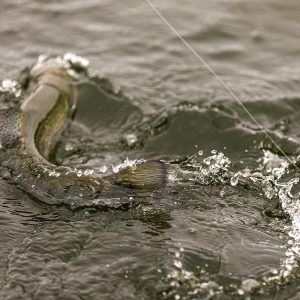 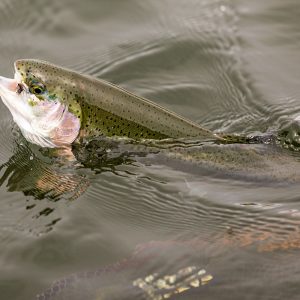 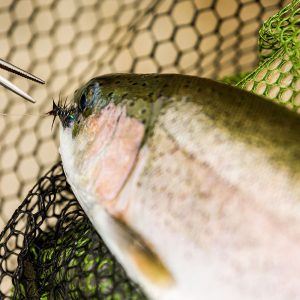 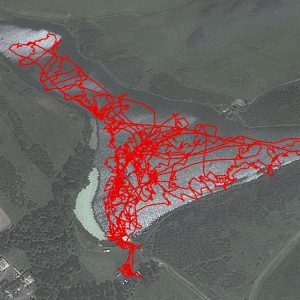