The weather at the weekend was looking like we were going to miss our chance by going on the Sunday, rather thatn the Saturday – a distinct drop in temperature was set to accompany a fresh south-easterly breeze (my least favourite direction at Coldingham). The one thing in our favour was to be good cloud cover, rather than the bright, brassy sun we get on 9 visits out of 10 (the 10th being pissing rain!). However, conditions turned out not too bad for mid-October. Yes, it was south easterly, but in the morning it was light, and the temperature wasn’t too bad either.

I was fishing with Ramsay Zenati and I thought we might get away with dries. Ramsay was keen to learn about fishing dries anyway, not having much experience with them up to now. I went with the hedged-bet rig of a size 10 ginger sedge-hog on the tail, with 2 size 12 half-hogs in black and olive on the droppers, on 0.18 mm fluoro. Cast out, give it 10 seconds to see if a fish takes static and, if not, figure-of-eight them back. As they come back, they get drawn slightly under, but stop and they pop back through, invitingly, thanks to the Ginked-up deer hair. We started a drift just outside the harbour, as the wind was going to take us all the way up the water to the west end. And here, straight away, was a fish rising right in front of us. I hadn’t even got the flies in the water, but I pulled off a couple of yards of line and dropped the flies on the water. The fish had a go. Missed! I dropped the flies on him again. He had another go. Missed again! I recast to him. He had a third go. Missed again! Oh well – encouragement anyway. We started our drift, and sure enough, I started to pick up fish to the hogs. One came to the figure-of-eight, but the rest were all static, though out-the blue (OTB), rather than from covers. By the time we got to the lillies at the west end, 6 had been landed. Ramsay found his heavy flouro was costing him, and a change to much finer stuff started to bring offers. However, his timing needed a bit of adjustment. It was good experience for him though!

A second drift produced 3 more fish, but it seemed to be slowing up a bit. The next drift produced only a few half-hearted offers. We both reckoned we might be better to try a change to something more downstairsy. Ramsay went first, and put up an olive cormorant and a blue damsel on a colour-matched blue Cortland intermediate. It wasn’t long before a good-sized, nicely conditioned fish took the cormorant and led him a merry dance.

We tried a spell at anchor in Swing-gate Bay. Ramsay quickly took a fish to the damsel. I had a go with an intermediate and ‘lurey nymphs’, taking one on a good old Montana. One or two fish started to show and I went back to the hogs and picked one up, OTB. With an hour and a half of the day left to go, we decided we may as well go back on the drift, and we upped sticks and took a long meandering drift all the way over the water and eventually back up the west arm. Along the way we picked up a fish apiece – a two’s-up as it happened. Drifting up the water again, I started to get regular offers to the dries, but whereas the fish in the morning were taking well, these were to a man giving me fresh air shots.

As we drifted into the west arm, we found the 2 boats of Bob Whyte/Gary Heseltine and Davie Tyrie/Derek Kilgour going over and over and over the water at the extreme end of the arm. We realised we’d been missing out on some afternoon action. Sure enough, they had been getting fish. Gary and Bob had 12 in the boat, with Gary on daddies and Diawl Bachs, and Bob on Bob’s bits (different Bob!) and Diawl Bachs. Top boat on the day went to Derek and Davie though, with 20 fish. Davie was on black hoppers and Derek on black and red loop-wing CDC, claret deer hair emerger and hare’s ear CDC.

One other boat worthy of a mention was that of guests R Dickson and Scott Mitchell. They had half a dozen fish to damsels on floating and intermediate lines.

In total, the 16 rods landed 64 fish, for a perfectly round 4 fish average. 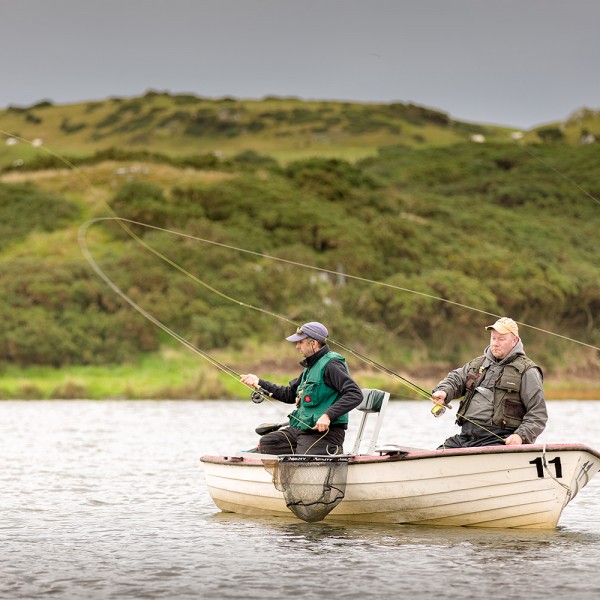 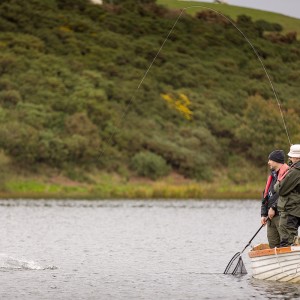 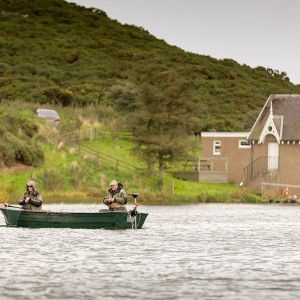 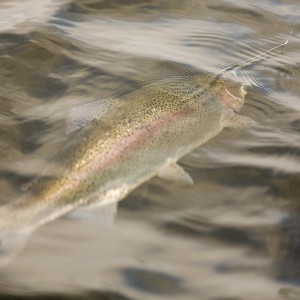 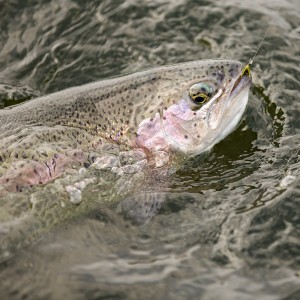 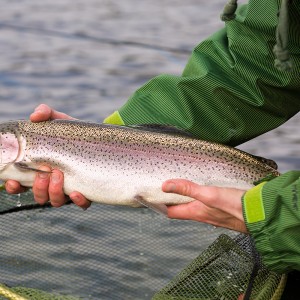 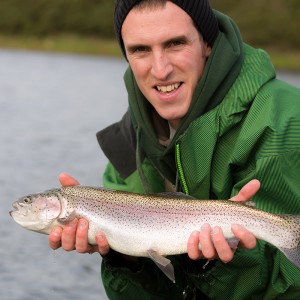 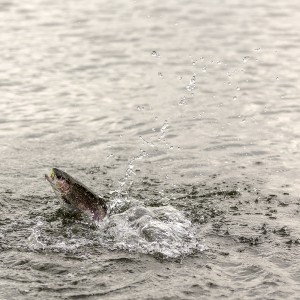 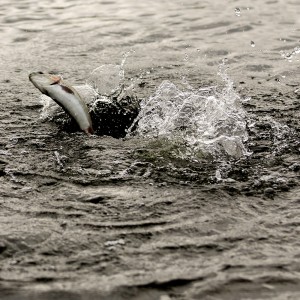 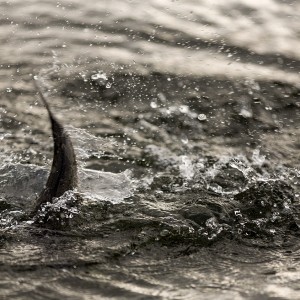 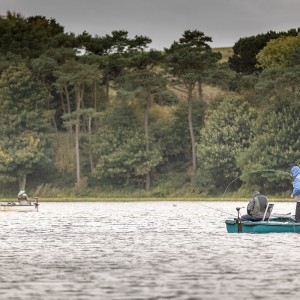