It was good to be visiting Coldingham Loch again. Looking at the weather forecast on Saturday night, I thought great – dry with cloud cover arriving at 1100 hours. I rushed to tie up half a dozen yellow owls: how could they fail? However, I should have remembered I was looking at the BBC weather forecast, which can be incorrect, but I pinned my hopes on the new and lauded computer they had just installed. I now think they should have saved our money and got a bit of seaweed.

When we arrived, it was sunny, the air temp was low – 8C – with a very light east wind, but fish were rising, so on went the floater and two yellow owls. I was fishing with Derek Kilgour and our intention was to skoot up to the east end of the loch and very quickly winkle out lots off fish. Yes, I should know better, but perhaps someday I will learn. On our way to the west end of the loch, we saw fish move in the middle. We both thought we would just drift and catch the fish before we got to the west end – four boats were already at the west end and we thought we could see what was going on and what method they were catching with. However, as we slowly drifted, we saw no rods bend and, more to the point, our rods were not bending either. We had seen fish move close to the south bank, so we tried that: nothing. We saw rising fish, we saw small black beetles – on went beetles – nothing. As it was now noon, we decided that the brassy sky was not going to change, not a cloud in sight, so it was time for lunch. After lunch, we saw buzzers coming off – on went buzzers – fish were still showing but for us it was the buzzers that worked. I did have fish rise to my dries (hope you think it was more than two). Del and I worked away until stopping time, and had a good day, blethering, and getting burned.

When I got home, Margaret said my head reminded her of a Battenberg cake, white under my cap and scarlet elsewhere. Our other eighteen members had a similar day to us, with buzzers taking fish.

Bryan Griffiths had a good day – he had five on black buzzers.
Trevor Gibson had five from the cages bay on buzzers.
Garry Heseltine had five from cages bay on buzzers.
David Tyrie had four on buzzers, he refused to tell me what type of buzzer – but did give me a well-chewed buzzer to copy.
Bob Allan had three, on buzzers.
Tommy Steven had two – on dries, he should have a special prize for this.
Bob Whyte had three – olive buzzer. Strange… no Kate on his cast.
Scot Mitchell had two – black and green dial bach.
Alex Ramsay had three – black and red buzzers.
Innes Zenati had two – Dial bachs

Malcolm Moffat – had one. However, if he had not I would not have been taking a picture of him and would have not lost the fish that grabbed my fly when I was trying to get him in focus. He will get no Christmas card from me this year. However, he should remember that I am swayed by bribery and if he was to slide a G&T towards me at the club dinner the situation MAY change.

Colin Riach had not managed to get a place on the outing, but came along to fish from the bank. He netted six fish; 5 on dries (olive deer hair emerger) and one on a damsel.

Colin’s note: In the calm and the crystal clear water and the bright sun, the bank was a better place to be – certainly if fishing dries.  No ripples from the boat to spook the fish.  One person casting, rather than two.  The biggest advantage was provided by the fish.  They were not up and cruising, but were only rising once in a while. I could see the risers out in the middle were wandering around in haphazard fashion – maybe rising once every 20 or 30 yards, but there was no way of predicting what direction they were wandering in or where the next rise would be – very difficult to put a dry in the right place.  The water was so clear, I could see fish after they rose close to me, and I could watch them swimming past me.  The ones close to shore were following the shoreline, so their path was much more predicatable and I could at least put my fly in a spot where they would likely pass underneath it, and once in a while one would come up and take it.  Nothing was coming ‘out the blue’ at all.

The club’s 20 anglers managed 45 fish – one could say not a very good day, but, considering the brassy blue sky and the mostly flat calm, it was a good haul. What was frustrating was the knowledge that a healthy head of very fine fish were in the water, and with a wee bit of cloud, I am sure that we would have had a red-letter day.

Look forward to seeing you at Glencorse on Sunday 12th April.
Regards: Ed. 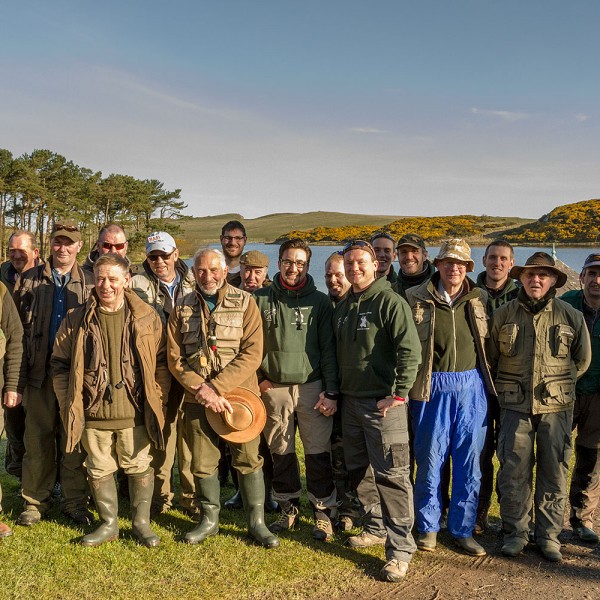 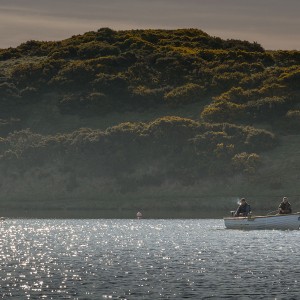 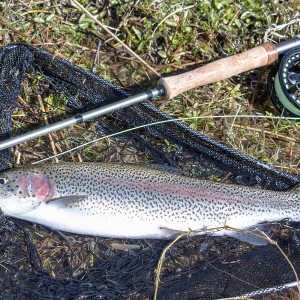 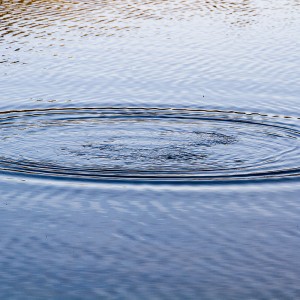 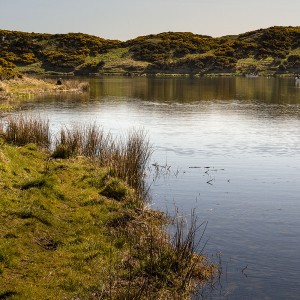 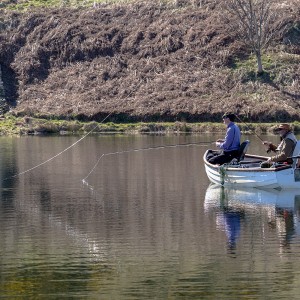 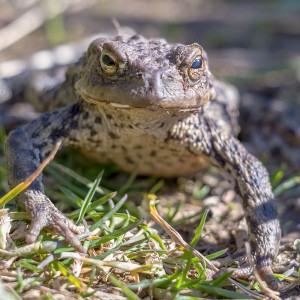