Not the warmest of starts to the day: 2.5°C.  Back to the long-Johns and winter woollies.  The wind was WSW and due to get up later in the day, but was OK in the morning.  The cold rather spoiled things, as there was decent cloud cover and decent numbers of buzzers hatching, but just not enough fish poking their noses up at them.

Allan Everington and I headed up to Carron Bay to start – still not sure how to tackle a water we still consider to be a wild brownie water, but which seems to have few brownies in it these days, compared to the number of stocked rainbows.  Allan went with a DI-3 and I with a 5-sweep.  We both hedged our bets fly-wise, re browns and rainbows.  Carron Bay was pulling a south wind down the valley of the burn, giving a drift down either side and out of the bay.  We tried both for a total of one missed ding on the hang, and one turned over that didn’t touch.  We went round to 30 Minute Bay, which was pulling a westerly, giving a drift the length of it.  We did that for not a touch.  On round to the top dam, where we took a drift down towards the spit on the south shore.  As I drew the flies up and onto the hang, a fish lunged at my fritzy Dunkeld bob fly.  It surged off on a strong run – clearly a good fish.  So it proved to be, as I brought a brown trout around 3 and a half pounds to the net.  Not convinced it was truly wild, but it’s the largest brown I’ve ever caught in Carron.

After we cleared the end of the spit, we crossed to the north shore and tried a few of the usual spots for no interest.  We decided to bale on the top end and came down to Binns Bay.  Drifting the east shore, Allan had a grip of 2 fish, neither of which stuck.  We went round into Burnhouse, where we got a drift along the south shore.  As we neared the drowned shrubbery we started to see good numbers of rising fish.  Covering them with the sunk line and wets got no interest, so we went back up and changed to surface tactics.  We came back down the shore.  No sign of the fish!  Doh!  We spoke to Dougie Skedd, who had been catching deep, on a Hi-D.  Could be the 5-sweep wasn’t getting down enough?  I changed to a 7-sweep and Allan put some weighted flies on.  We started working the bays along the south shore, and the first one we tried – the next to Burnhouse – produced some sport.  I missed a hard knock and then hooked a rainbow within a second – on a WOIGO Kate muddler.  Not long after, Allan took a rainbow to a cat’s whisker.  A re-run of the bay produced nothing.  On to the next bay, and I got hold of a rainbow that took the flies while they were still on the surface.  Unfortunately, the belly of the 7-sweep had already gone down. By the time I tightened the loop, the fish had thrown the fly.  That was about the last of our action, apart from a (definitely) wild brownie that took a Montana.

Most of the rods were 0s and 1s, with only 2 proper bags taken.  Dougie Skedd had 6 rainbows to Hi-D line, quick retrieve and Clan Chief, claret snatcher and gold sparkler.  Keith Logan caught more fish than the other 9 anglers combined, landing 10 rainbows and 3 browns.  Keith’s successful tactics were hanging the flies on a DI-5 in 30 Minute Bay and Burnhouse Bay.  The flies were: Dabbler, Sparkler and Shuggie. 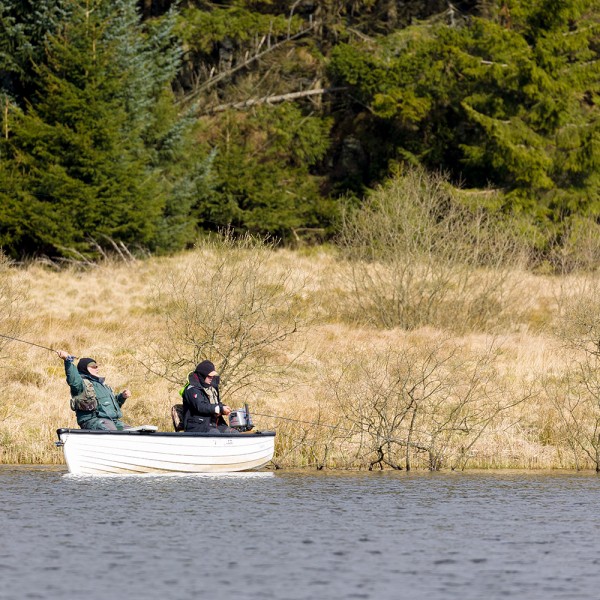 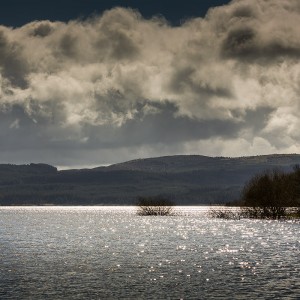 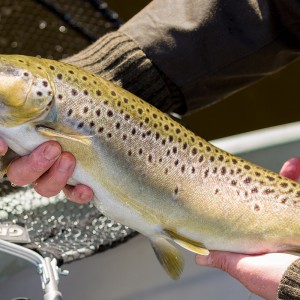 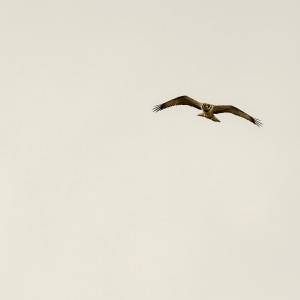 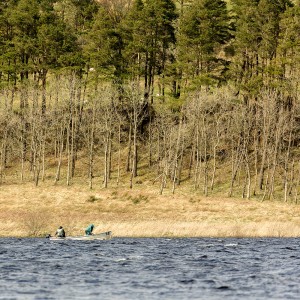 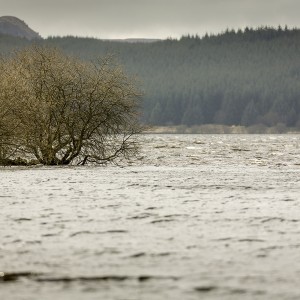