There are some things that are constants.  The Pole Star… pi… the weather for our outings to Carron…  Just to recap what those are: stiff, cold easterly wind, and bright sunshine.  And it really was cold at times.  However, if you got out of the wind, it was lose 2 layers stuff.  Back out in the wind and a wee bit cloud cover and it was add 3 layers stuff.

There were signs of good buzzer hatches – our boat was spattered in deaders – good-sized ones, too. And in the afternoon, when we came back to the dam, we were greeted by hundreds of swallows and martins and black-headed gulls working the deep water out from the dam.  However, with the weather the way it was, the chances of fishing buzzers or dries were never really on, and most folk tackled up with pulling stuff on sinking lines.

For Alan Everington and me, it was a game of 2 halves… and then some.  We were recommended to try Burnhouse and Binns Bays, so we headed up that way and started well short of Burnhouse to give us a drift down and in.  I was on DI-5 and Alan was on an intermediate at this point.  It was slow-going, but after a bit Alan hooked a fish, only for it to drop-off.  In Burnhouse itself, I bumped 2 fish on consecutive casts, without hooking either.  We went round to Binns and took a drift up the east shore without troubling the scoreboard.  Alan decided to go a bit deeper and put on his new DI-5.

We carried on with our search and went round to Carron Bay.  We saw a boat catching the shelter on the east shore.  We also saw them catch a fish. They had their drogue out and consequently were drifting at a snail’s pace and were hogging the shoreline.  We couldn’t fish the shore without going up their arse, so we moved out and drifted across the bay.  I tried a couple of changes of fly, putting a green-tailed Kate muddler on the bob.  Soon after, a brownie came up after it, had a good look at it, had a swirl at it, but didn’t take it.

We carried on, fishless, taking a drift across Carron Bay further out, and then one down and into Thirty–Minute Bay.  Lots more nothing followed.  It was all getting a bit choppy by now, as the wind picked up.  We came up and crossed over to the north shore, which was catching a little shelter.  That gave us a nice drift along to and across One-Tree Bay.  Alan finally caught our first fish, a small brownie.  We both thought it was all just too dead at the far end, so we made the big decision to come all the way back to the dam and press the restart button.

When we got back up, it looked like decent conditions on the south shore, so we started just below the dam and took a drift tight to shore.  I was losing the will to live by now.  I looked at my watch.  It was 2:30.  Still another two and a half hours of this to go!  A few minutes later, I got a shock.  I hooked a fish – a rainbow.  It was on the green-tailed Kate muddler.  Phew – the grannie was off!  But hang on – a few minutes later, I hooked another rainbow.  This time it was on the wee black lure on the tail.  Then Alan caught a rainbow, to a Kate McLaren, and then I caught a 3rd.  We were suddenly in business!

We fished the drift down to the weedy shallows and the bushy point, feeling we were running out of fish by the point.  So, we came back and gave it another run.  We were soon back into fish, and at one point we had a threes-up, with Alan playing one and me playing a double-up at the same time.  It was about now that we had been spotted, and 3 or 4 other boats started fishing the drift.  With all the sudden attention, the fish put their tin helmets on for a while, and the other boats carried on their way, leaving the drift free again.  We gave it one last run, and found the fish were coming back on, picking up a couple of late ones, to finish with 12 rainbows (plus a couple of wee brownies) to the boat.  The fish were in good condition and it was good to see them at a sensible size for the water.

Best of the other boats was Keith Logan and Jimmy McBride, who had 4 rainbows and 8 brownies, fishing intermediate and DI-3 at Carron/Willows and Thirty-Minute Bay.  Trevor Gibson and Peter Fionda both had 2 rainbows and a brownie, fishing in the dam area.  They were on DI-3 and 5, fishing lures, including the Carron Bunny.  To show it was possible to get a fish on a buzzer, Dougie Skedd and Matt Wolstenholme achieved it… just! 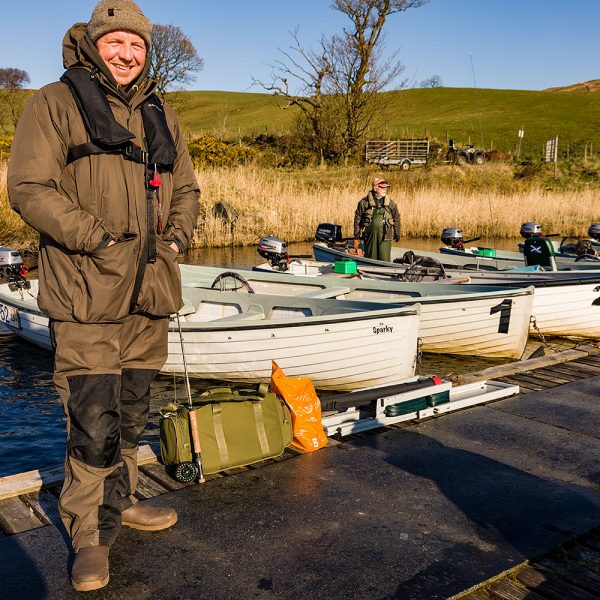 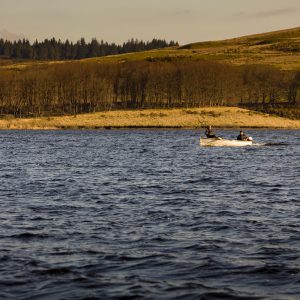 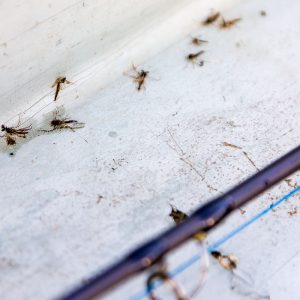 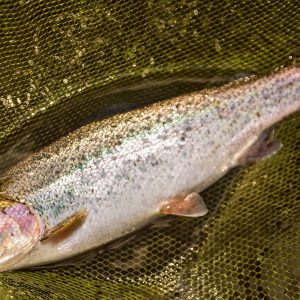 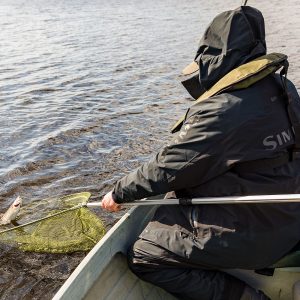 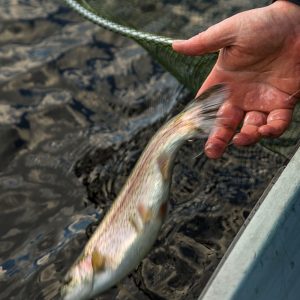 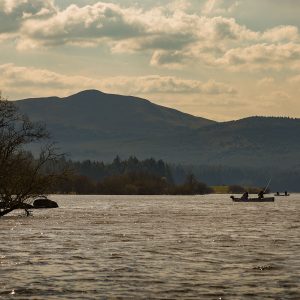 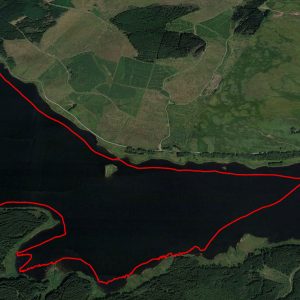