Looking good when we arrived at the car park . Fairly warm, cloud cover and a slight breeze off the south.  Looking perfect for dries and the guy at the fishery mentioned that a couple of days ago the yellow owl had been performing well.  So, two rods made up, one with the normal midge-tip and cormorants, etc and the second with a couple of dries: yellow owl and crippled midge.

Fishing by myself today.  Headed for the south-west corner, like the rest of our four boats.  Could settle into a decent drift and was seeing few fish, so decided to head down to the heathery shore.

This appeared to be the correct decision, as I started seeing pods of fish moving consistently.  Couldn’t see what they were taking, but there were buzzers hatching and some crane flies on the surface.

Covered a few fish without success.  It was difficult to predict the direction they were taking as they kept moving.  Very frustrating!

Eventually I managed to put the yellow owl in front of a fish and it took very confidently.  It was a decent size and was jumping and making long runs.  Then I made a mistake and touched the line just as it took off again. Guess what?  Broken! What an idiot!

After that, it was back to trying to predict which way that they were moving, and eventually I managed 5 on the yellow owl.  All cracking fish.

In between I lost a couple as well.

Eventually, it got a little cooler and the fish stopped moving, so I moved back to my starting position in the south west corner, but after an hour of nothing I decided to move back to the heathery shore, where I discovered fish moving again.

They were again in pods moving like basking sharks, high and sometimes with mouths out of the water. The reason was obvious, as I was covered in tiny midges.

Covered lots of them without any success, and then suddenly hooked two fish to the crippled midge, but after a short tussle with both lost them after thinking that it was a certainty to land them.  Changed the yellow owl to a hopper and managed to land a further fish, before the fish started to calm down.  Time to go in.

Final total 6 fish, but a bit frustrated not to do better after seeing lots of moving fish.

Recent reports suggested that either dries or lures(yellow dancer/hot headed damsels on a midge-tip were working well.  Jimmy Anderson and I listened to the advice and set up along those lines, Jimmy on a midge-tip with slow f-of-8 retrieve and me starting on dries, with CDC shuttlecock and suspender buzzers.  Most boat pressure focussed in and around reedy bays with favourable light winds. We saw occasional oncers moving around and some good pods of fish moving close-in to the reeds in very shallow water.  I had some early interest in the dries, with what looked like text book takes, but could not connect.  Started slowing down before lifting, speeding up, but all to no avail.  Jimmy was also finding the going quite tough.  Plenty fish around, but they seemed preoccupied on something specific.  We saw daddies, sedges, plenty buzzers and even a few olive duns.  I switched over to midge-tip and washing line with buzzers and snatchers and that accounted for the first fish.  Jimmy also hooked a couple that dropped-off short of the net.  We worked along past the jetty, into School House Ba,y but the action was slow.  At a few points in the day the fish turned on and much as we tried and experimented, we never quite cracked it.  We ended with 6 to the boat.  Another interesting outing.  The quality of the fish was excellent and it’s clear there is some good feeding in the water.  Maybe it’s the changeable conditions or ample supply of natural food stuff but we never quite cracked it. 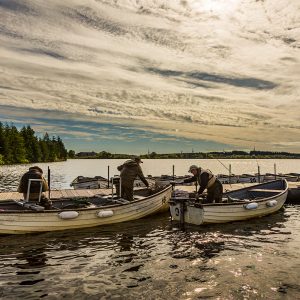 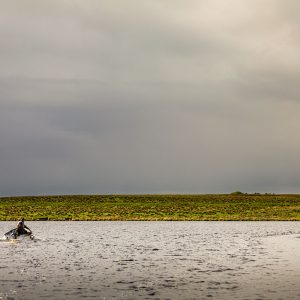 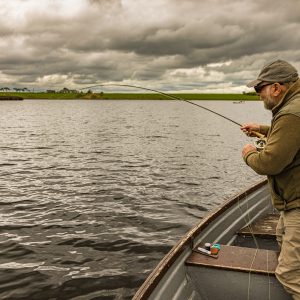 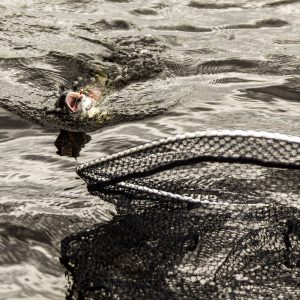 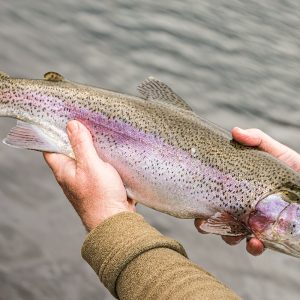 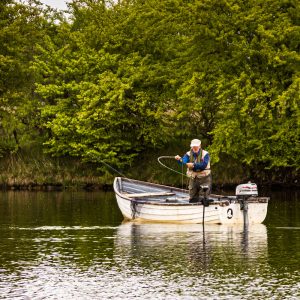 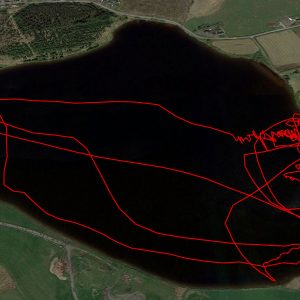