This was our first evening session this year, and perhaps it was a mistake to have an evening session so early in the year.  When I arrived, very early, the air was 19.5 Celsius if you were in a sheltered spot. However, when you moved away from the shelter and into the strong east wind, it was perishing.  I was fishing with Keith Logan and we left the dock full of hope; we had both seen one daddy longlegs before we went out.  Keith went with a midge tip and I started with a new DI3 sweep line I wanted to try out.  We drifted all of the areas that Allan had advised, but with no luck.  By this time, we were drifting towards the south shore and I saw a fish move.  Being daft, I put on a floater and two yellow owls.  I was casting into the sun and the water was so bright that I could not see my flies, but a fish came out of the blue and grabbed one of the flies and started to pull like a train.  I was surprised but pleased that a fish had kindly hooked itself and was swimming quickly to my right, away from the sun reflecting from the water so when it jumped and my line went slack I saw it all happen.  After sitting for a few seconds, and saying nothing, I pulled my line in to inspect the hook but all I had was a wee curly tail and no hook.  It is not so good when you have only yourself to blame and I knew that I had tied that fly on without wetting the knot first.

Much later in the day, when a solitary cloud covered the sun for about ten minutes I did manage to hook and land another.  Most of the members had a difficult time due to the bright blue sky and the wind chill. It really was very cold.

Trevor Gibson landed a nice fish of just over two pounds.  Derek Kilgour had two. One on an Ace of spades and a fast glass, the other on CDC quill shuttlecock and a floater.  Our best boat was John Miller and Stewart Barnes.  They dropped anchor just off the heathery bank and both fished floaters.  Stewart swung diawl bachs with a slow fig-of-8 and had three fish.  John landed four fish, two to black and red buzzers, one on a yellow fab and one on Black JC diawl bach.  On such a difficult evening, they did well. 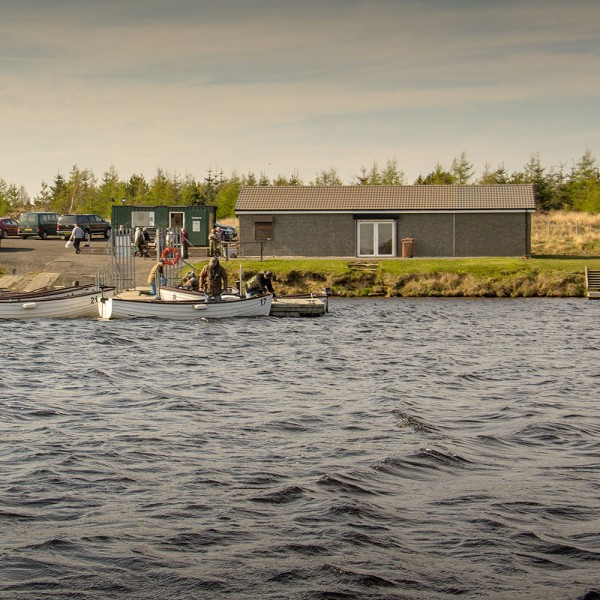 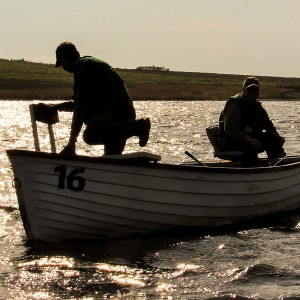 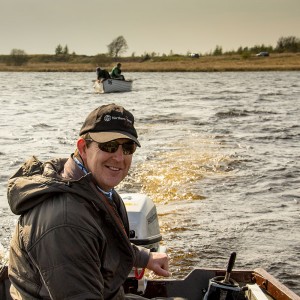 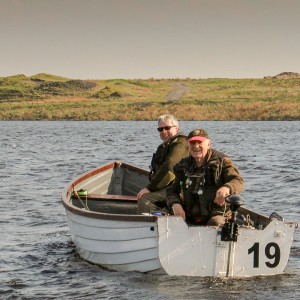