What a nice day for an extra outing to Carron. This outing was to make up for the two-cancelled outings – Lake and Caron at the end of May – these were cancelled due to storm force winds.  The drive along the B818 was interesting, as we had to drive through the signs advising that the road was closed, the road is having repairs done to it as new pipework is being put in.

The weather was promising this time out – Water was 19C and the Air climbed to 17 – but it felt colder in the NNW strong blustery wind – and we had bright blue sky at the start.

Everyone had arrived early and Frazer McGowan had said that we could go as soon as we were ready, and almost everyone did just that.  HOWEVER, I had to get the venue’s health and safety sheet filled in and signed by the members, but could I find Trevor Gibson – No I could not. I asked David Bertram if he had seen him, he told me that Trevor had a very upset tummy and had to rush off to get rid of the problem (it says a lot for Trevor that he eventually ventured out without any Imodium).  As we waited for Trevor to reappear David explained that he had travelled up with Trevor and he could not get into the locked car to get his gear ready, so he was missing the early start. Then Trevor arrived, looking rather pale, but smiling, he signed the sheet and we all got ready to get out. And as luck would have it we all got away before nine.  As I was standing in the car park waiting to give Frazer the completed health & safety sheet I saw David B & Dougie Skedd leave the boat dock, and saw (almost in slow motion) the line on David’s rod snag the boat parked next to them – the rod jumped, bent and bent before snapping – this I knew was David’s custom made competition flex rod – he could not have been a happy man.  We all could learn from this error – Never have anything sticking out over the gunnels and never be in a great hurry to move the boat until everything is organised and made safe.

Now for the fishing.  In the morning, some folk and I found it quite difficult, others did well, but the wind was cold, strong and blustery.  The afternoon got better, heather flies were seen on the water and dries were the order of the day.

Trevor was fishing with Derek Kilgour – Trevor (who had no requirement to rush ashore) had one brown and two rainbows, he used Mini Lures with a midge tip line, pulling them as he fished the road shore. Derek had one brown and four rainbows – he used Fiery Brown Hoppers and fished them very close to the shore.

A very happy John Miller was fishing with Guest John Lister – John M had nine fish – five browns and four rainbows – John L had six fish – four browns and two rainbows. Both got the bulk of the fish on heather flies and hoppers as they fished Binns Bay.  (It is nice to see John M back to his winning ways – Perhaps the change of minder helped).

Alasdair McKechnie and I also ended up in Binns Bay.  Alasdair had one on nymphs and I eventually had two on dark F flies, for some reason I was losing them close to the boat, I managed to lose five this way – it may be that the hooks I used to tie these have too small a gape, will make some more and try again. Alasdair and I were wishing that five o’clock would not arrive as we got continual interest to our flies fished very close to the shore. 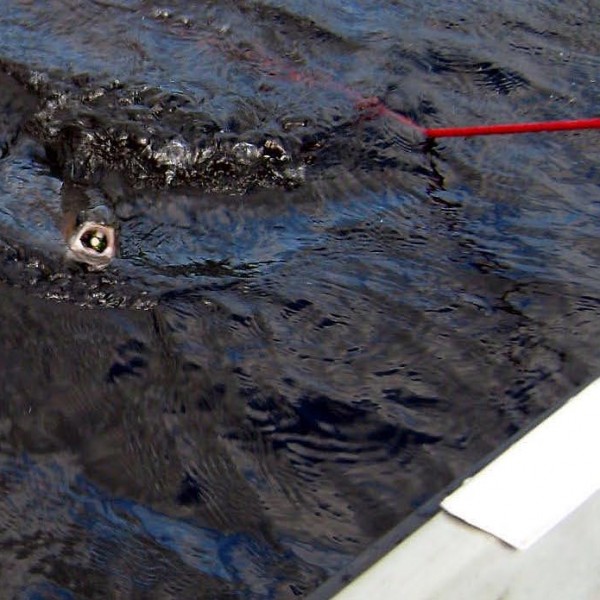 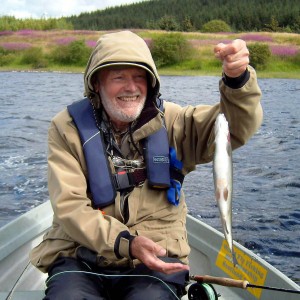