Standing and looking at the loch, we did see one (or was it two?) fish rise, so against my better judgment on went the dries.  I was fishing with John Miller who had the gumption to start with a midge tip line, a sunburst FAB on the point and black jungle cock diawl bachs on the droppers.  John had borrowed a very expensive aluminium boat seat, but it did him no favours, somehow it got tangled with just about everything he had, but he only fell off a few times – it made me realise that my plank was, for a poor old pensioner, much more stable.  However as we drifted along John was into a fish, a strong spirited fish that ran and ran before he managed to bring it under control. He had caught it on the FAB, which was quickly removed and the fish was returned to fight another day.  By this time I had worked my way through various dries and was fishing with a pair of daddies and out of the blue a swirl and a fish was on, but only for two or three minutes, then it was gone. Drat, said I as I dried my flies and started again.  Almost immediately another swirl and the daddy disappeared below the surface. I lifted the rod and knew I was into a large, strong fish. I am sure that you all know that with the first fish of the day you always feel that it will come off. In addition, I was sure that this fish would go the way of the first.  However, I kept the rod up, eventually netted, and returned a nice blue of about three pounds.

Then John was into another lively fish.  As he netted it, we could see that it had managed to wrap his three flies into a nice wee bunch. Somehow, the flies that were not in the fish buried themselves in the net in such a way that John could not free the fish from the mesh, which was wrapped around the fish. After what took quite a while, he paused more than a few times to return the fish to the water to keep it strong, he did manage to get a gap in the net sufficient to free the fish and return it safely to the water. Seeing John catching on his midge tip I decided to change and armed with a midge tip and diawl bachs quickly landed two. However, being me I changed back to my floater and dries.  John had another two and I managed another one.  In our defence we did spend quite a while watching Colin dapping – his method was not the method I was used to but I must admit that the long sweeping and graceful movements would, if fish were rising, be very effective and I am determined to try it sometime when the fish are rising.

John Levy fishing a midge tip with a FAB on the point and diawl bachs on the droppers landed six fish. His boat partner Jamie Tocher used a midge tip and a Sunburst Fab to net eight fish.

Stewart Barnes had three and Hugh Thomson, who was fishing on his own, had two.

The best boat of the day was Derek Kilgour and Bob Whyte, they had twenty-four to the boat and would have had more but the fishery rule is catch and release 12 per rod.  Derek had four on a hopper, five on diawl bachs and three on a gold head damsel.  Bob had one on a daddy, five on a damsel, three on diawl bachs and three on a black and red snatcher.  Both used floating lines.

Our eleven anglers had sixty-three fish, a rod average of 5.73, this on a day that was, due to the blustery wind, difficult.

Looking forward to seeing you at Frandy on Sunday the 25th August. 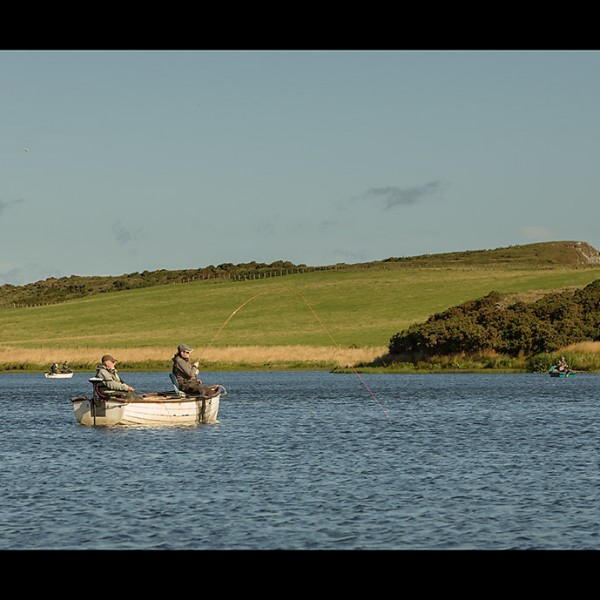 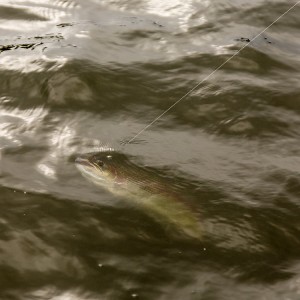 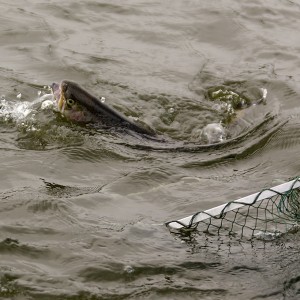 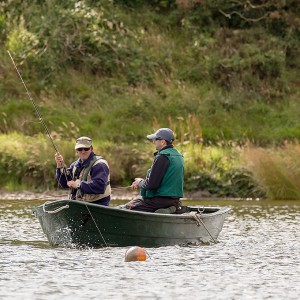 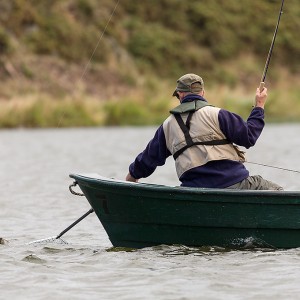 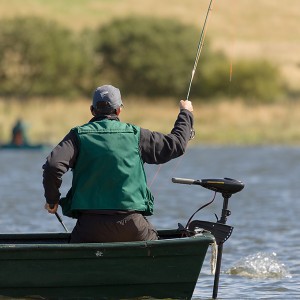 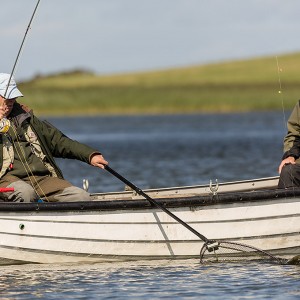 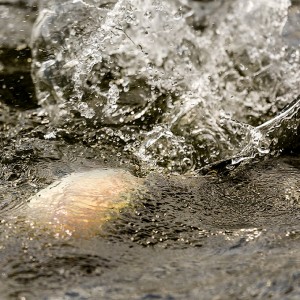 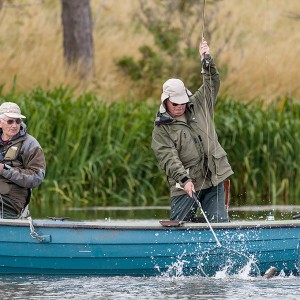 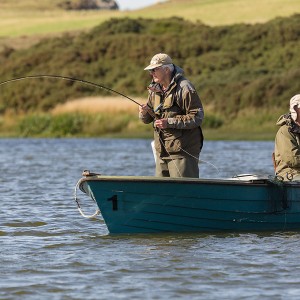 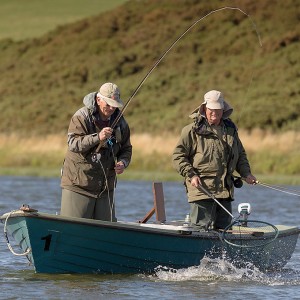