As we assembled in the car park the day was promising – a warm breeze from the southeast, cloud cover and a wee wave on the water. Looking out from the shore showed fish rising at shear point. I was paired with Dougie Skedd and we both put on dries – me on 14s and Dougie on 10s. We waited at the start for the sprinters to clear the shore and then pottered down to have a look at the road shore, Kate’s brae and Lochend but nothing was showing.

So we scooted up to sandy bay– having shelter from the wind and calmer water a few fish were showing so we dropped our flies onto the surface and fished them static. Within a short space of time, I had a rise and was into a strong fish that ran and pulled, and pulled straight down into the weed and yes you’ve guessed it – ping – no fish but weed around my flies – at this point I said something that Eric had taught me and changed my flies. Dougie in the meantime had spotted a few mayflies coming off and tied on a mayfly or two, size 10s, and with this set up winkled out a fish. We then went back to have a look at the road shore and shear point, but it did not look hopeful so we had a look at hotel bay which looked like a desert so we went back to sandy bay, via reedy point and the rookery and tried again. This time I was into a nice blue that I managed to land and had another that snapped my cast just below the middle dropper – I knew the cast had been on all day and I knew I should have changed it – o why o why. We had a spell when fish were rising just out of reach so we snuck up on them and Dougie landed two more. The water in sandy bay was 19.5°C and the air was 18.5°C.

John Levy, fishing with John Miller. Had one from Lochend caught on a floater and a sunburst FAB.

Tam Forrest and Ivor Young had one each. Derek Kilgour and Colin Riach had two each – Colin had one on an Adams hopper fished static and one on a GH damsel. Len Newby had one on a mini cat.

Trevor fishing with Jim Walker had a better day fishing along the road shore. Trevor had a midge tip and nymphs and using a fig of 8 landed four fish. Jim on a floater and lures landed three fish.

On a day that started out looking promising turned out to be rather difficult for most of us. Perhaps we will do better at Coldingham. 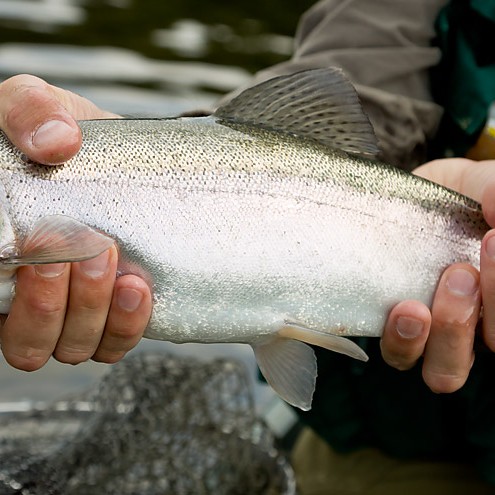 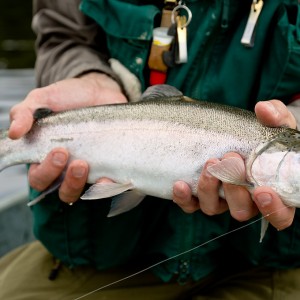 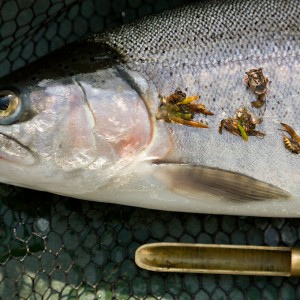 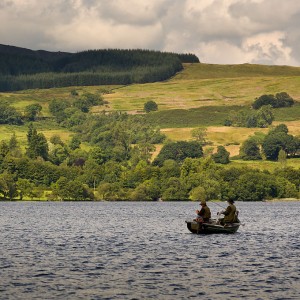 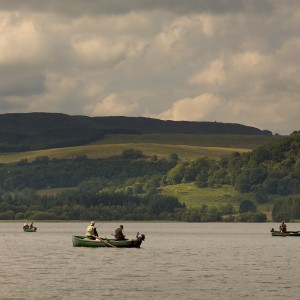 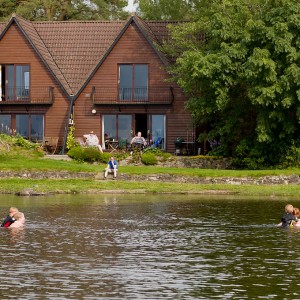 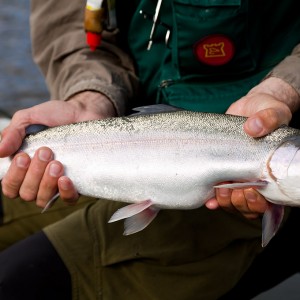 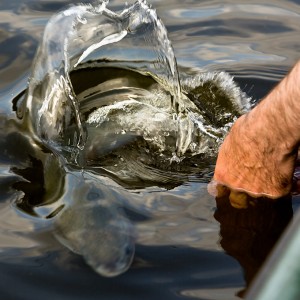 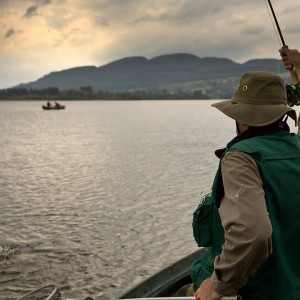