A very interesting day.  The rain encountered while driving down went off, just as we arrived.  It stayed off the whole day, giving a heavy overcast light for much of proceedings, together with a light, cold sea breeze.  A brief spell of sun, mid-afternoon, brought a welcome burst of warmth.  I was fishing with Derek Kligour, and we set-up to drift (as best we could) with dries.  There were loads of fish rising in patches.  Looking for what they might be on, I saw a few decent-sized buzzers with a nice fiery brown glow to them as they hatched.  However, the bulk of what there was consisted of a tiny black buzzer, about a size 20 or 22.

Derek and I both got off to a good start, taking 2 or 3 fish apiece, with Derek’s coming to quill-bodied shuttlecocks, and mine to an Adams hopper.  In the next mini-spell Derek kept the score board ticking over, while I stopped getting much interest to the flies that had been catching.  In the mini-spell after that, both of us had a dose of fish swirling at the flies without committing, plus a selection of fish jagged and fish hooked and lost, plus a few landed.  We both considered the fish were winning the battle here.  We both tried chopping and changing tactics a bit, trying to get back on track.  We managed to keep the odd fish coming in. I tried going for a copy of the fiery brown buzzer, which met with abject failure. I was going to try a pair of size 18 Bob’s Bits, but then I realised that the box with all my Bob’s Bits was in the house.  Doh!  I finally got going again with a size 16 candy-stripe F-fly on the dropper and a yellow owl shuttlecock on the point.  After about 3 fish to the F-fly and 2 dropped to the yellow owl, I bust-off on a fish and lost the pair of them.  Despite re-tackling with pretty close to the same, I stopped catching again.  I was going to try a pair of wee raiders, but then realised they were in the same box as the Bob’s Bits.  Doh!  Derek was going well again by now with the quill shuttlecocks, and I pinched one off him and put it on.  Blow me – that worked a treat!  I was catching fish on it until it fell to bits!  I replaced it with what I thought was one of my own very similar.  It caught nothing!  Derek then rattled off another 3 or 4 on his pattern to rub my nose in it, before time ran out on us.

Many of the rises were oncey, but there were so many fish showing – we thought you were as well not to try and cover them – just put your flies in amongst them and let them be found – or not!

Derek finished equal top rod with Bob Whyte on 20 fish apiece.  Bob was on black Shipmans and shuttlecocks in size 12.  Bob’s partner, Gary Heseltine also had half a dozen on shuttlecocks.  Ed Green and new member Vaughan Hammond had 22 to their boat on 14 CDC loop-wing and 14/16 black gnats, giving them the occasional twitch.  Alex Ramsay and Bob Allan had 16 to their boat on Klinkhamers and gnats.  Stewart Barnes went against the flow of dry fly and had a bag of 7 to buzzers, fished on floating line. 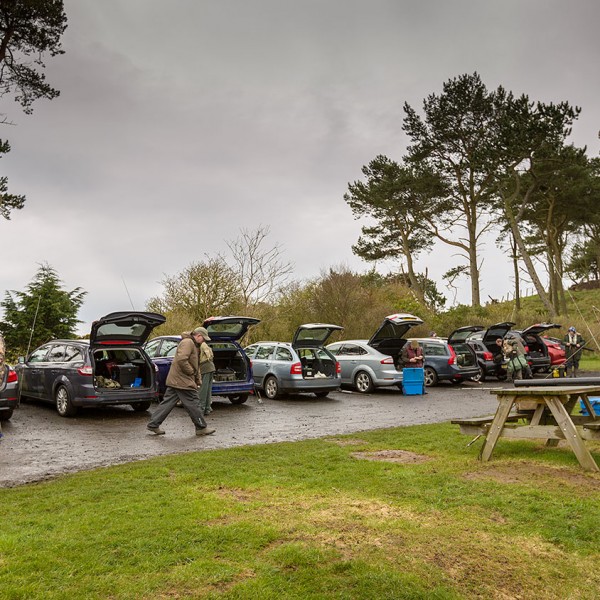 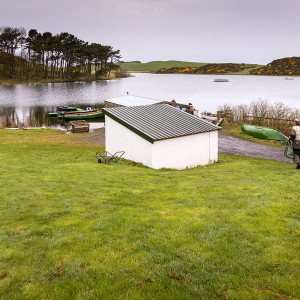 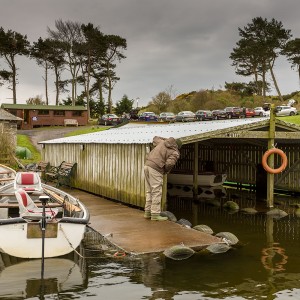 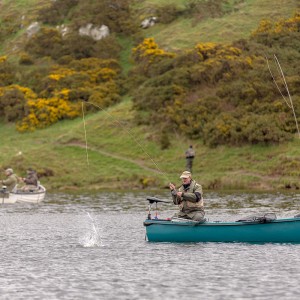 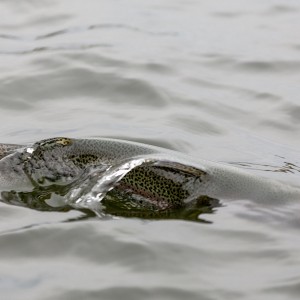 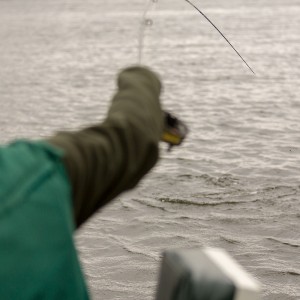 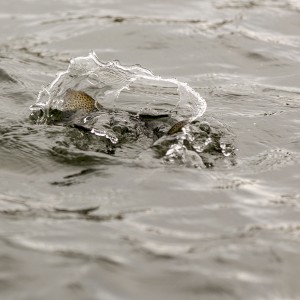 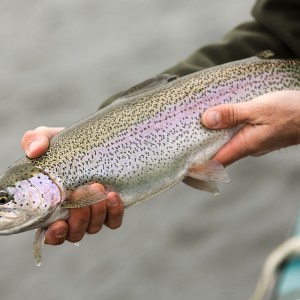 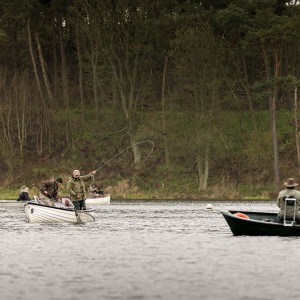 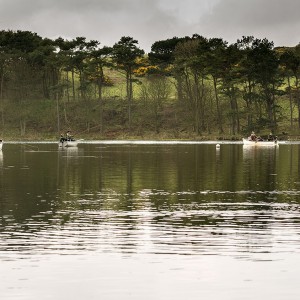 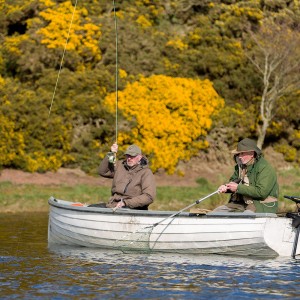