Another attempt (after quite a few years’ hiatus) to get a good, productive end of season outing at Loch Leven. Prospects were quite good. It had been fishing well, and the day started with a light southerly breeze and good overhead. Word was that when the fish were up, intermediates were all that were required. The in-area seemed to be the east buoy to mid buoy, in 8 ft or so of water. So, Stu Barclay and I headed up that direction and started upwind of the east buoy – Metal Mickey area. We both put up 2 rods so we could ring the changes – Stu had a DI-5 sweep and a fast intermediate, while I started with a DI-7 sweep on one and a slow intermediate on the other. We did a big long drift away down past the mid buoy, all for one offer to Stu’s DI-5.

We went back and did another drift, more towards the black woods/shallows, this time for not an offer! Time for a move. The wind was rising, and so we headed for the south shore, taking a couple of drifts out from near Paddy’s Point. They were worth a couple more offers and a small troot to Stu. The DI-7 had been catching too much salad, so I changed – trying out both DI-5 and DI-3.

We let the second drift run and ended up going right over and past the Bower and the east side of Castle. I finally had a sook to the DI-5 just off the Bower. As we passed Castle, we odged behind it for a bite to eat and a cuppa in the sheltered water. It looked good for a drift down past Scart, so we gave it a go.

As we went past the outside of the island, I jagged a fish that appeared out of nowhere to have a swing at my bob fly. Just minutes later Stu was into a decent fish, which took a small gold sparkly fly on the DI-5. As we drifted on past the island… nothing. So we gave it another go. More offers to Stu as we approached Scart, then nothing after we had gone past. We did it again. Same thing. More offers to Stu, including a small one that came to the side, and this time I had a good fish splash at me. We gave it a go up the inside line between Scart and the west shore. Finally, a fish for me, as a 2 pounder grabbed my sparkly Dunkeld, late on the hang.

We carried on repeating drifts, and every time we passed the island, we had some kind of offer but, alas, nothing more came to the net. It turned increasingly dreich and windy and, as 6 o’clock approached, we were not too disappointed to be calling it a day.

How had the other boats fared? A fish each to Trevor, Dave Bertram and Bob Whyte. And that was it – 5 fish for 16 rods.

I hope we continue to try to have a good late season outing on Leven. I hope one day we will have it and that I live long enough to be on it! 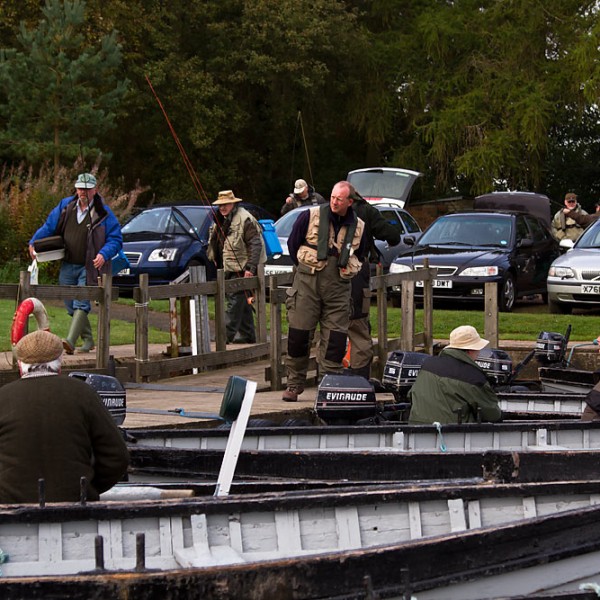 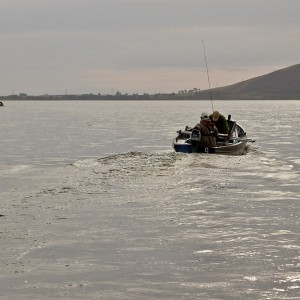 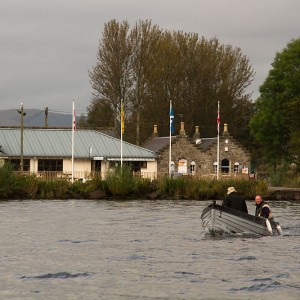 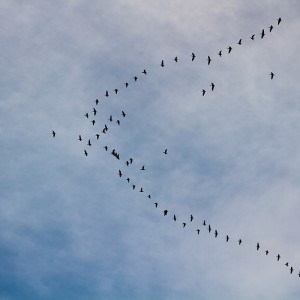 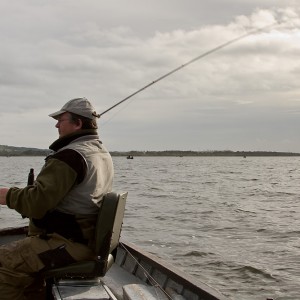 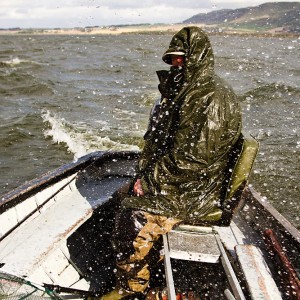 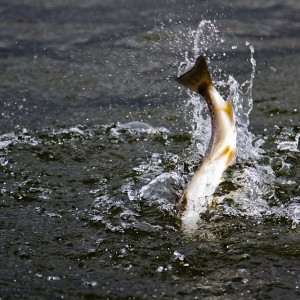 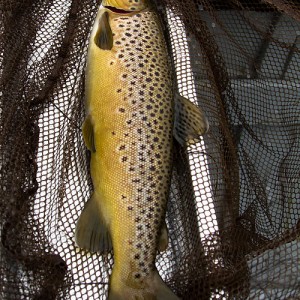