Not a bad day at all, given the dodgy weather that came before and after it.  The wind was a bit gusty, but settled for a lot of the time.  It felt a lot cooler and fresher and generally more autumnal than at any time before, this year.  Bob Whyte and I set out, with neither of us having fished the water for a couple of years. With no clue what wsa diong, we headed for the top end, as the wind would bring us back down the whole length of the water.  To cover the bases, Bob went with pulling stuff on a fast intermediate, and I went with a hybrid wet/dry set-up of hogs and half-hogs on fluoro/floater, to fish static and f-of-8ed.

We drifted from as far as the weed beds would let us go at the top end.  We got down to the first bay on the NW shore without having moved a fish between us.  However, we were no sooner into the bay, than Bob was into the first fish, on a small black ‘damsel’.  I took my cue and put up a pulling rod with fast glass and damsel-ish stuff on the middle and tail and a Kate muddler on the bob.  That worked a treat, and we were catching fish regularly for the next 2 or 3 hours, doing zig-zag drifts along the roadshore.

We slowed down in the afternoon and went looking further down, where we had seen several boats concentrating their efforts.  That got us a bit more late action, though we missed far more fish than we landed, due to getting many arsy, nippy takes that proved very difficult to time the hit with.

Most folk had a decent day.  Stewart Barnes and Len Newby had 4-apiece; Stewart some to a dry daddy, and some to a white booby on DI-3.  Gary Heseltine and Davy Tyrie both had 6 fish to blobs on sinkers.  Top bag went to Dougie Skedd, who had about 15 to Hi-D and Santa’s Beard. 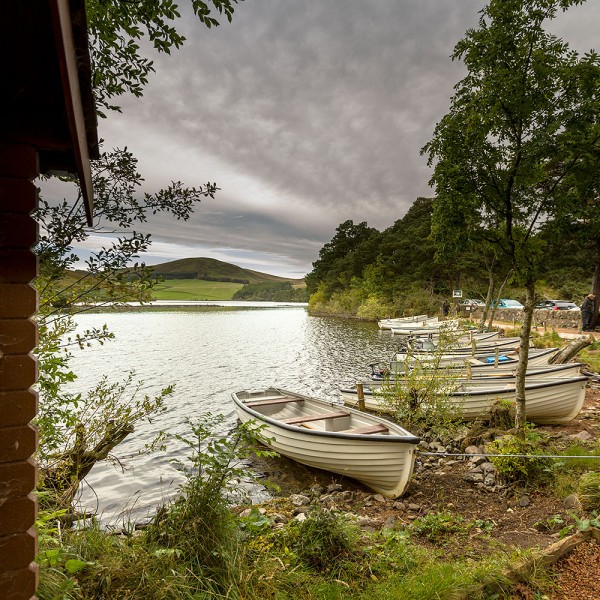 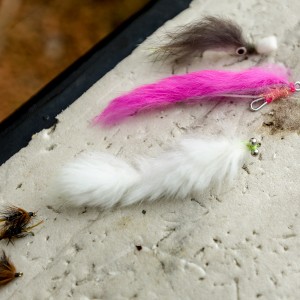 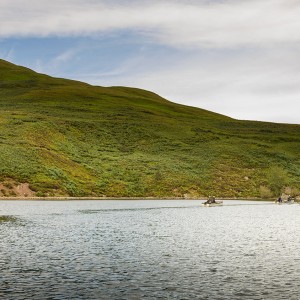 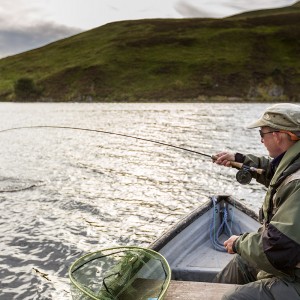 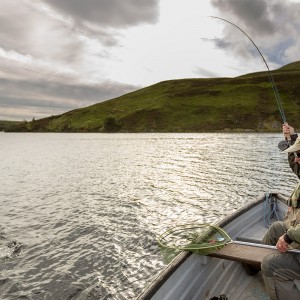 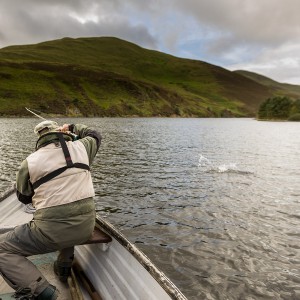 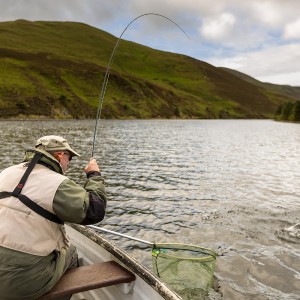 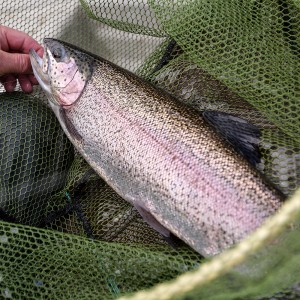 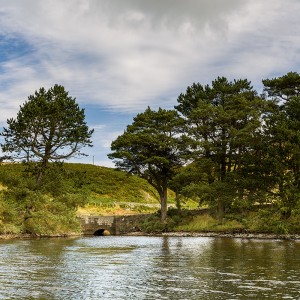 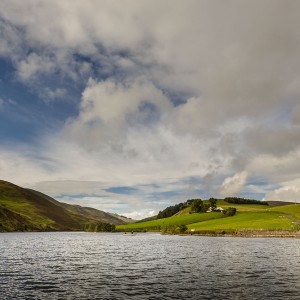 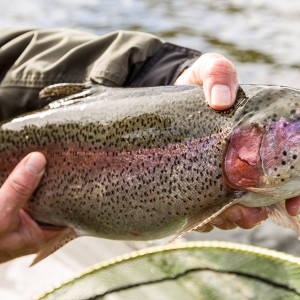