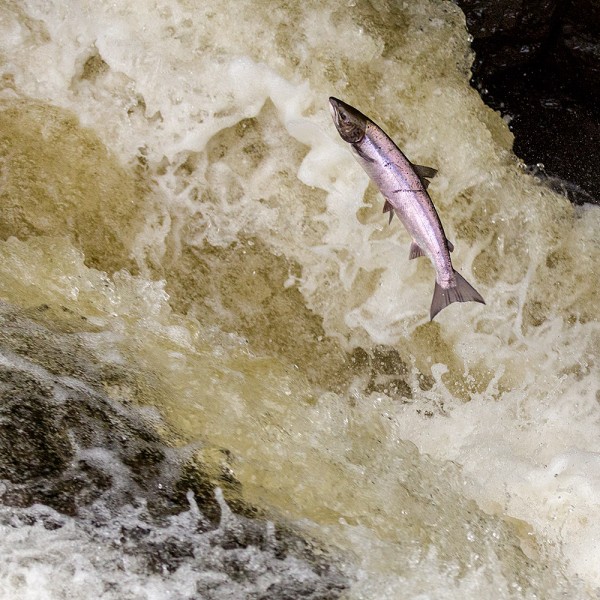 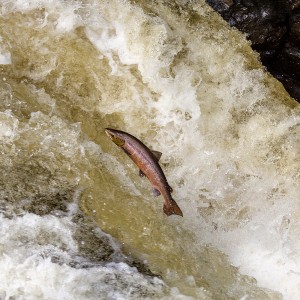 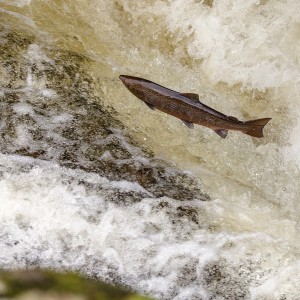 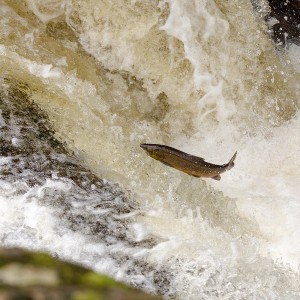 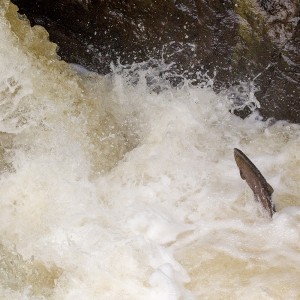 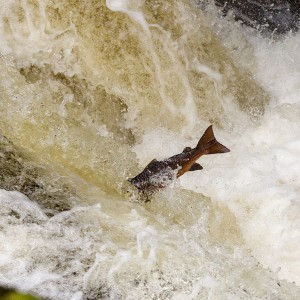 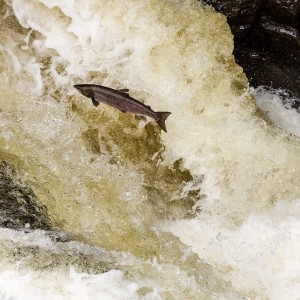 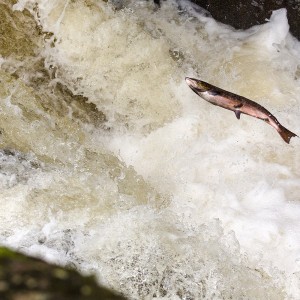 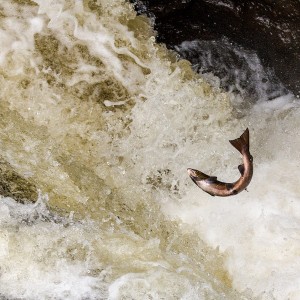 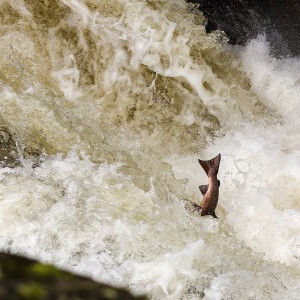 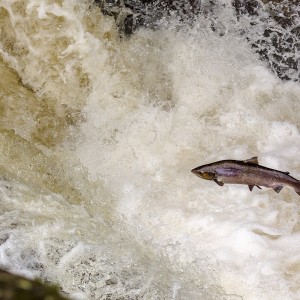 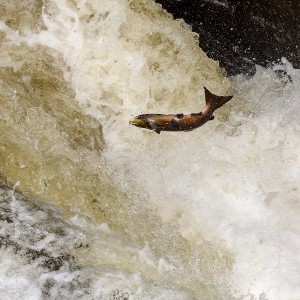 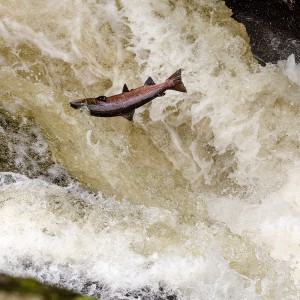 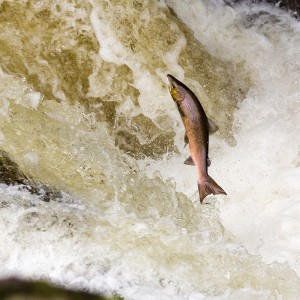 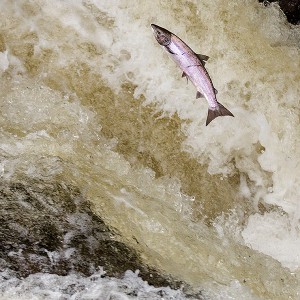 A later visit than usual, due to difficulty in getting a window with a decent height of water on the Almond at Buchanty.  One previous attempt on 29 October was a non-starter, when I arrived to find the river at about 3 feet and the salmon swimming forward, taking one look and thinking better of it.

This day wasn’t a lot better.  The water was a tad high, but OK.  Met up with John Kaye at the spot.  John’s been visiting regularly and didn’t think there were many fish left still to go.  That semed to be the case.  They were coming in little bursts of 2 or 3, and then nothing for ten minutes. The tendency to see 2 or three start to come, before getting set, finger on button, eye to viewfinder, was a dead-loss.  Having got set, there were no more for the next ten minutes!

To make matters worse, the forecast of decent weather was way-off.  Rain showers turned to heavy rain by early afternoon, resulting in a short session.  Light was very poor, resulting in ISO levels of 4000 at times (in order to get a fast shutter speed).  My best bet was to sit on a stool, camera on the monopod (when it wasn’t raining), pre-focused to a guess, distance-wise, and then just watch for them and fire the shutter when any jumped.  A ‘hit and hope’ job.  I got a few – not too bad, all things considered.    I kept the focal length fairly wide (most at 70 mm), so as to catch anything jumping in the field of view.