What a smashing day we had – On the way down to Coldingham the weather was promising, but on arrival at the loch we had almost flat calm water with patchy cloud cover – and lots of fish rising in the open water – Magic! A flurry of floating lines and dry flies were affixed to fly rods and we were all away just before nine. Away just in time for the sun to come out and a coldish South East breeze to pick up. The weather experts had predicted an overcast day with a 10 mph South West wind. I waited all day for this to happen, but it did not. The SE breeze did tend to fade away at times resulting in flat calm water. The water temperature was 17C with the air starting at 15 and climbing to 18C.

Nothing was hatching, but the odd Heather fly was on the water – so I put these on and caught a few fish – but my flies were not, quite, what the fish wanted. My boat partner, Derek Kilgour was pulling a succession of fish into the net – so I had a good look at the flies he had on (this was done under the pretext of helping him undo a fankle) he was using Claret Hoppers, size 12.

I must report that shortly after, and for some unknown reason, I found that I had Claret Hoppers on my cast – this got me another few fish – And it with great pleasure that I am forced to tell you that Derek and I ended up the best boat – with eighteen fish.

One of our Club members, Adam Marr had been on the loch on the Tuesday – he had ten on Claret Hoppers. I think Derek had seen this in the book, and had the sense to heed the advice. At the end of the day, he had ten fish to my eight. One thing that occurred to me later (on the way home when it was too late) Derek was spotting more fish on the sparkling water than I was, he even saw a shoal of perch swimming past the boat – I saw nothing – what dawned on me was he was wearing polarized sunglasses and I was not. When we stopped at 1700 hours, I noticed that Colin and Trevor were both wearing sunglasses – I think another important lesson for me to learn.

So how did the other chaps do? Colin Riach was fishing with Stewart Barnes – Colin had ten using Heather flies and Black Klinkies. I will never understand how he can catch this amount of fish when he spends half of his time taking photographs. Stewart had six using various dries – both fished static flies.

Trevor was fishing with Dougie Goddard – Both were on static dries and drifting all over the loch. They had eleven to the boat. Dougie, using Bibio Hoppers picked up his fish in the middle of the loch.

Innes Zenati had Bob Whyte as his boat partner – Innes had fish, using Dial Bachs on a floater and on an intermediate line with a Viva. Bob in his unconventional way put on Black and Claret Shipman’s buzzers – size 14 and 16. With this set-up he boated eight fish.

David Bertram was with Hugh Thomson – David who claims he is not fully up to speed with dry flies, put on an impressive demonstration. He was another who could see the moving fish in the bright water, and more importantly, when required, he was putting out a long and very accurate line to drop his flies on the noses of these fish. He then used a slow figure of eight retrieve – he boated ten. Hugh had five; he got those close to the shore and all around the loch.

Bob Allan was fishing with Ramsay Zenati – Ramsay was the odd man out – he used a floater coupled with Olive Damsel, Kingfisher Butcher and the old Cat’s Whisker. He got four fish, just out from the boathouse using a slow fig of eight retrieve. Bob on the other hand was very conventional – he used Half Hogs, Heather flies and Shipman’s buzzers – to pick up eight fish.

The Clubs 12 rods boated 80 fish – 75 of these fish were returned.
The five fish killed weighed 12 pounds 7 ounces. A rod average of 6.7 – a good and very pleasant day by any standards.
Now for Frandy on the 28th. Looking forward to it already. 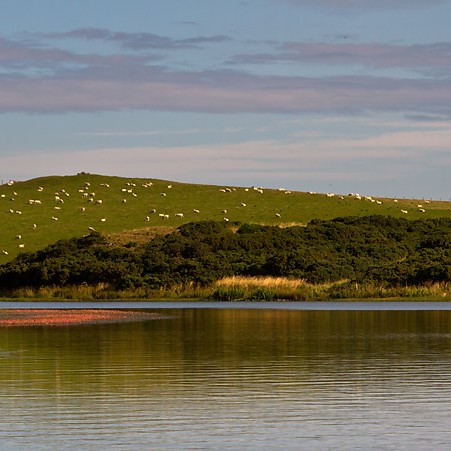 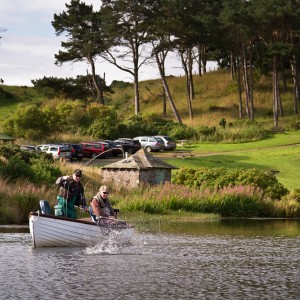 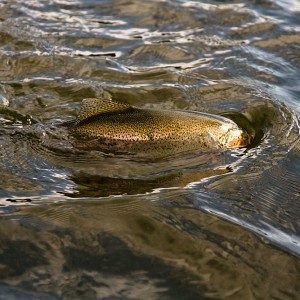 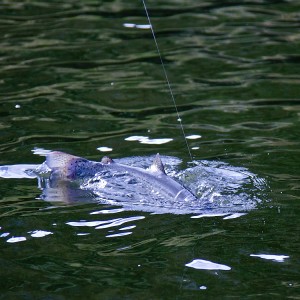 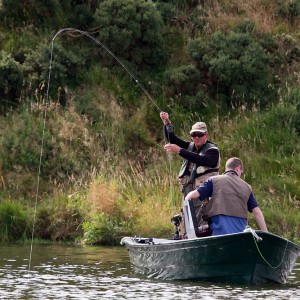 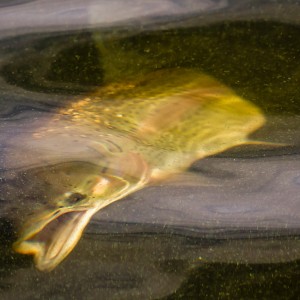 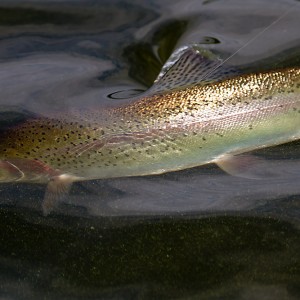 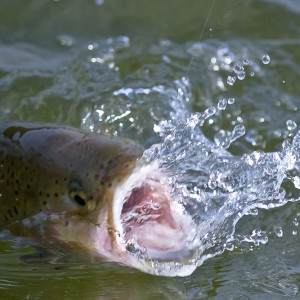 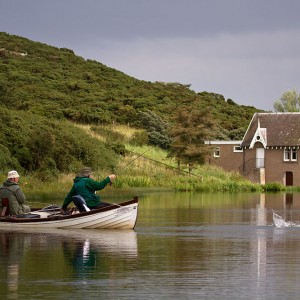 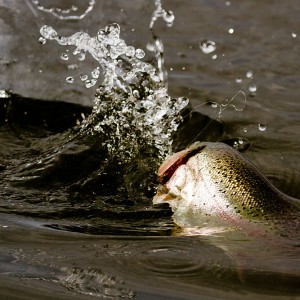 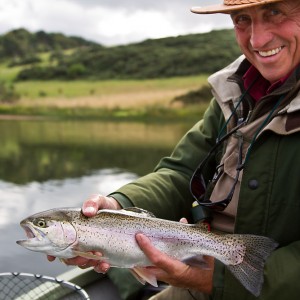 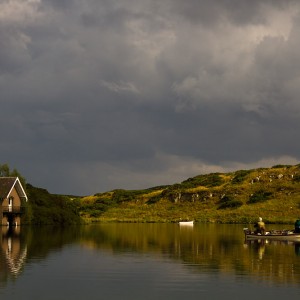 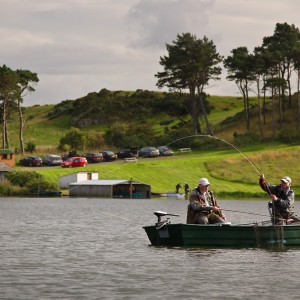