Arrived to find white horses coming down the water, but by the time we went out it was perfect conditions! Ended up being a bit 4 seasons in one day. Weather cells came over, pushing stiff breezes ahead of them. Then they dumped a dose of heavy rain on our heads as they passed over, only to leave more perfect conditions at their back.

I fished with Callum Macdonald and I made a bad 50:50 call at the start. I took us up the top of the wind in the hope of finding heather flies coming on to the water. OK so far. Top of the water was a choice between the Dog Isle side of the Malling shore, or the plantation side. I chose Dog Isle and that was my mistake. We did see an odd fish rise. We saw a few heather flies. We saw a few fish get caught, so we plied away at them, but after a good two and a half hours, Callum had one pike to a green pea and one blue to a pink lure and I had not an offer to anything!

So, we went across to the plantation and at first it looked like a similar situation, but we started to see a few fish that looked more likely candidates. I sidled the boat in to a nice calm triangle that was forming from the cross winds coming round the sides of the plantation. Here were loads of black gnats trapped in the oily calm. I spotted a big rock with a knife edge top just below the surface and commented to Callum that it would cause some serious damage to any boat that hit it. Seconds later I finally got a good chance at a cover, and a positive take to my pearly winged heather fly resulted in a lump of a rainbow of around 4 lb going ballistic as it surged towards the boat. I managed to pick up the slack and re-engage a tight rein on it… just in nice time to see it saw my cast across the top of said knife-edge rock! Ping! Doh!

I put up a new cast and started again. This one landed for the first time upon the water and exactly one second after that a fish wellied the heather fly. By now we were away from the rock of doom and other nemeses and all went smoothly with this one’s capture. We drifted off down the heronry shore and on to sandy bay, picking up an odd fish as we went. Both of us were catching to heather fly patterns and nothing else. Things got quieter as we went down the drift though, so we went back to the plantation. We tuned in to the fact that close in it was all black gnats, but tricky fish, while further out into the wave, it was more about heather flies and the fish being a bit easier. So, we just repeated wee drifts coming out from the shore towards open water, picking up fish steady. I chapped one for the table and put the spoon in it. Out came a couple of shield bugs (photo right) – though apart form one that flew past us, they were the only ones we saw all day. I checked deeper when gutting it, and what came out was a dose of black gnats and heather fly remains…

We finished with 15 to the boat: one on a pink lure, and 14 on heather flies. I had all but one of my fish to my trusty old pearly-winged heather fly (see photo below).

Dougie Skedd and Ed Green matched our catch. They fished the other side of the Arnmach promontory from us, and round to the butts. Like us, they had their fish on heather flies, with Dougie also catching on a ginger hopper. John Miller and Trevor Gibson also had a good catch to dries – heather fly and claret Shipman – they fished out of Gateside and Stable Pt, over to Inchmahome.

Tam Forrest had a mixed bag at the Malling shore – to bibio and cormorant on a midge tip line, and also on dries – Ed’s loop-wing CDC hopper. Dougie Goddard and John Levy caught mostly to dries, plus some on Diawls in the Gateside area. Stewart Barnes and Adam Marr never found feeding fish the whole session – they only caught downstairs, on crunchers, Diawls and yellow dancer.

Top boat was that of Derek Kilgour and Dave Bertram. They had 19 on dry fly, mostly on Ed’s loop-wing CDC hopper, which has been the stand-out pattern for Ed and Derek (to name but 2) this season. It’s in the photo below. Ed’s idea was to tie the CDC in a loop so it traps more air, and by doing so can be more readily pulled under with a tweak of the line, only to stop and allow it to bob back up to the surface. It’s this latter action that is very appealing to the fish. It certainly worked on Sunday. Derek reported that while they had the majority of their fish in the Sam’s Pt to Hotel Bay area, they had a spell out from international bay when a slick formed that held big numbers of cruising fish. 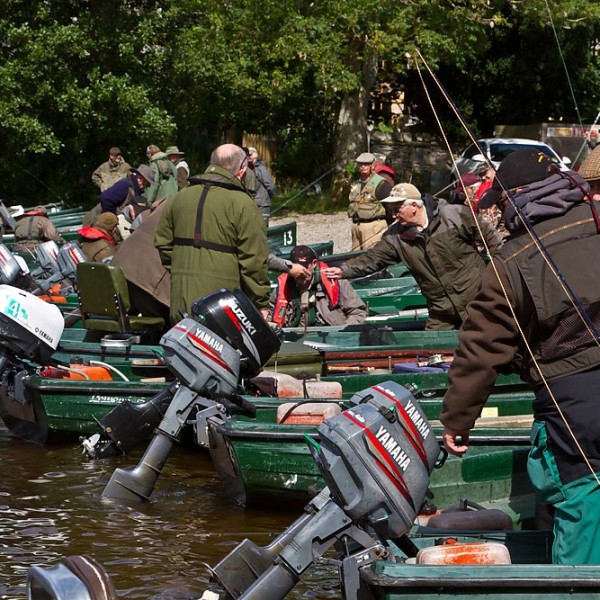 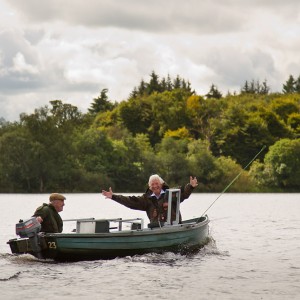 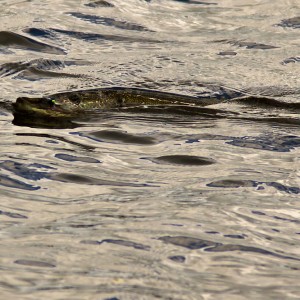 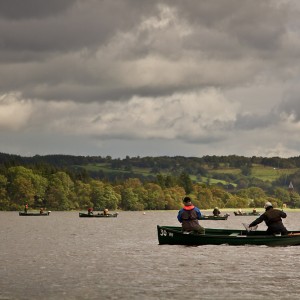 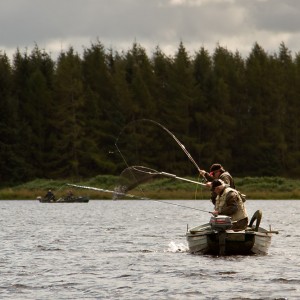 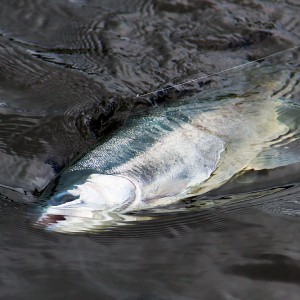 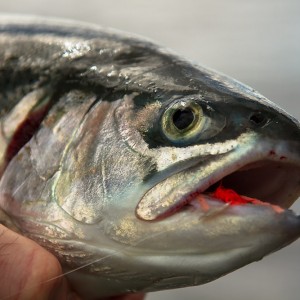 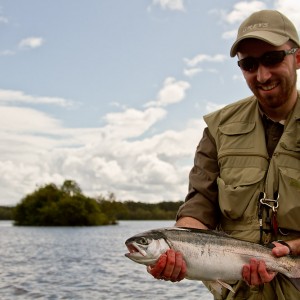 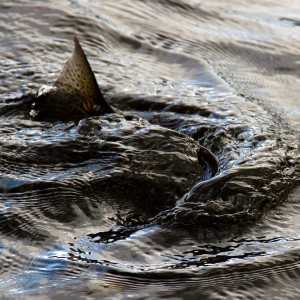 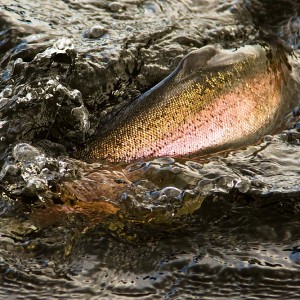 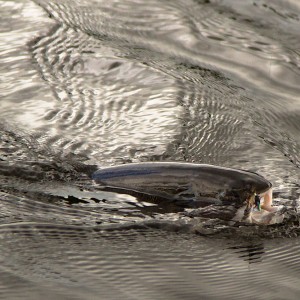 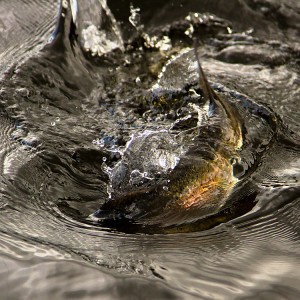 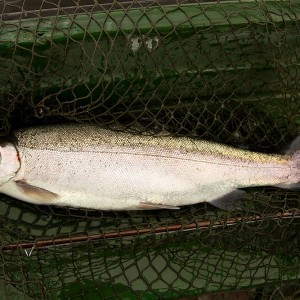 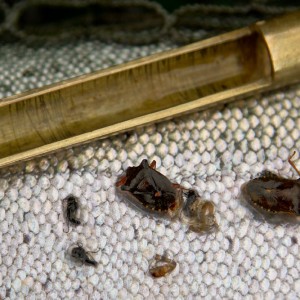 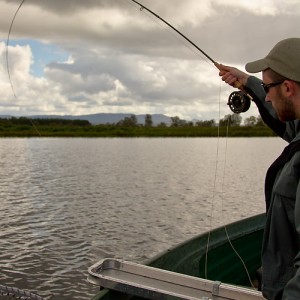 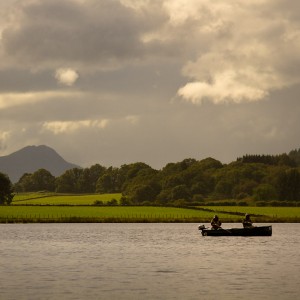 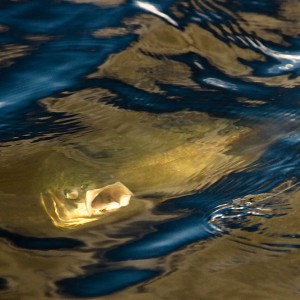 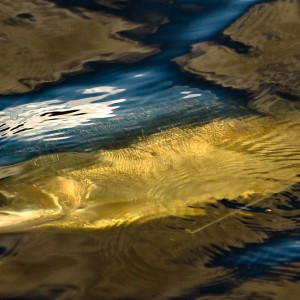 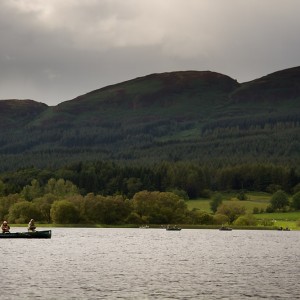 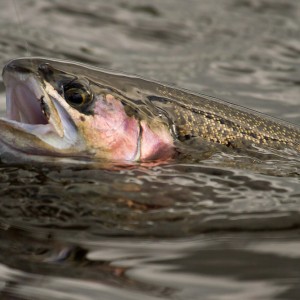 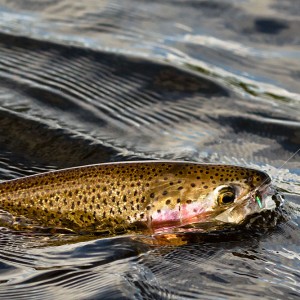 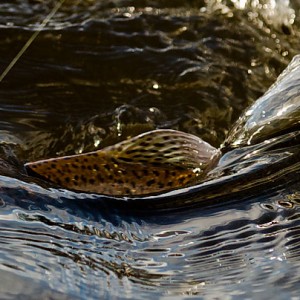 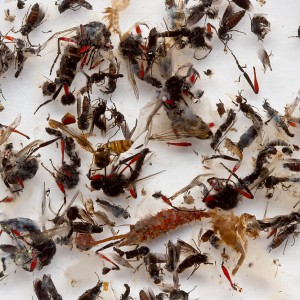 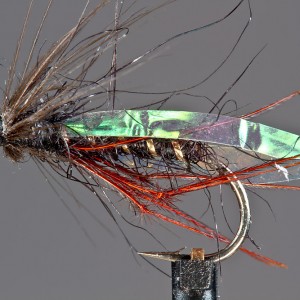 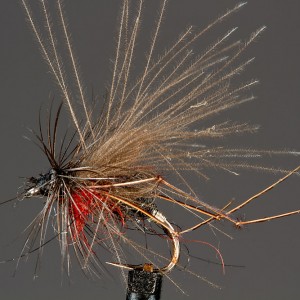