A decent day to end the season.  Light to moderate westerly breeze, and good overhead.  Temperature was still unseasonably mild, too.  Alan Duncan and I set out to look for risers in the calm at the head of the wind: Chicken-Leg and the butts.  Alan was on a washing-line set-up, with a midge-tip and 2 Diawl Bachs, plus booby on the tail.  I had 2 rods set up – one with dries and one very similar to Alan’s.  There was nothing showing in the calm, so we went out and across to catch the ripple down the side of the reeds where the pike nets used to be.  We both picked up our first fish of the day here, both to the nymphs on the droppers of the washing-lines.  We spotted one of our other boats – the two Johns – lose a fish (John G) and land a fish (John M).  We felt it was a bit slow though, and we went on the look.  A try across at Sam’s Point got us another fish each and a fish lost each.

A bit more scratching around, again looking for risers and not finding them, saw us back where we started – this time leaving it to drift down past Tod Hole and Bogle Knowe.  Alan changed his booby for a yellow one and started to pick up fish on it.  Every once in a while, we would see a few rises and it would tempt me to pick up the dries.  Soon as I did, the fish would disappear.  Then Alan would get one on the booby and I would go back to the washing line.  We’d be sitting twiddling and again fish would rise.  I would pick up the dries, and the fish would disappear.  Then Alan would get one on the booby… Finally, I picked up the dries and got a chance at a long-range cover.  The fish even put in an additional rise between its first and my flies.  I could see it was on track.  Sure enough, the nose came out, and I saw my black hopper go down with it.  I lifted into a nice resident that gave me a great tussle.  I played it out and drew it to the net… only for it to drop-off at the point its head was over the rim.  Doh!  All that hard work and effort!  Hey-ho.  After that we were back to the previous cycle of events.  I did land 2 fish that took my dries out the blue, before I gave up on dries and fished the washing-line for the remainder of the day.

Alan continued to pick up fish to the yellow booby and Diawls, and as we worked right down into Lochend Bay, we could see a bit of action going on to the several boats that were there.  We managed to get in among it, and both caught a couple of late fish in Lochend, including a lump of a stockie that took an age to subdue.  The two I took were both on the wee nymphs.  I failed to catch on a booby the whole day!

Among the other boats, Trevor Gibson had 8 by staying close to the harbour and catching nearly all blues.  Fraser Gault had 4 on floating line, to a black snatcher and a humongous, in the Sam’s Point to Shear Point area.  John Miller had 5 to washing-line in the Butts to Bogle Knowe area (cormorants and tequila booby).  Dougie Skedd had 7 to dries, managing to find a few more risers to cover.  Best bag by far went to new Club Champion, Keith Logan.  Keith comments…

“Started on midge tip at cages but nothing showing in flat calm.  Fish seemed to disappear when wind picked up.  My fortunes changed when I changed to small buzzer types.  We found fish around Sam’s, drifting towards the sandbank, but it was slow for us both.  Dougie fished dries but fish were very selective.  We found a few feeding fish in the gap; very impressive residents,  Dougie caught a cracker and there was a beast of a pike patrolling in between the leaves and debris.

Fortunes changed when Dougie suggested switching to a floater and we had a real purple patch around Chicken-Leg Bay.  Drifts less travelled 👍.  Dougie was generous and kept me close to reeds.  Outstanding patterns were small dark buzzers and a small cruncher.  We both had a good brown each, which we were delighted with, by Shear Point.  Superb!”

After the outing, we retired to Poppies in Callander for the traditional meal, and a good bit of craic.

I’m off now, to give my casting arm a much-needed winter break!  See you all again in 2019. 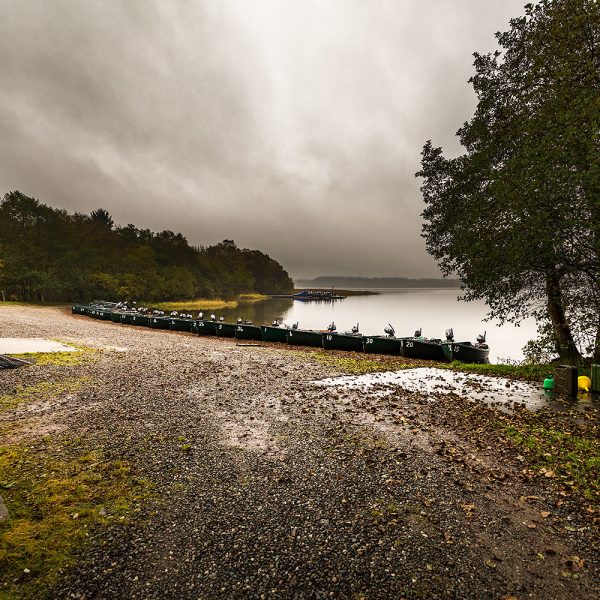 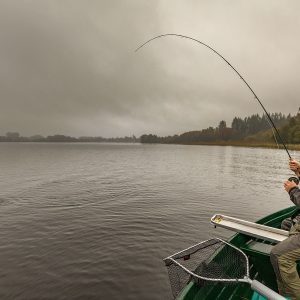 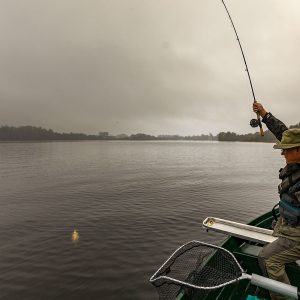 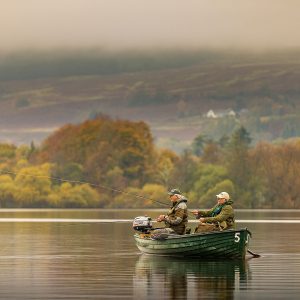 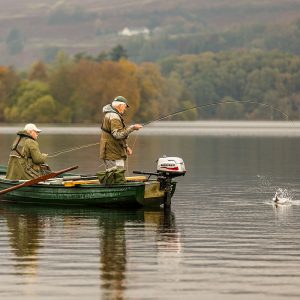 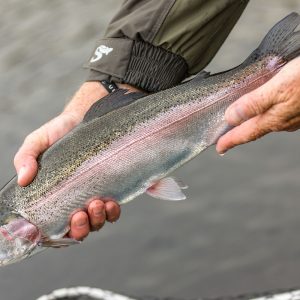 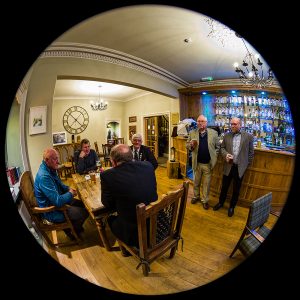 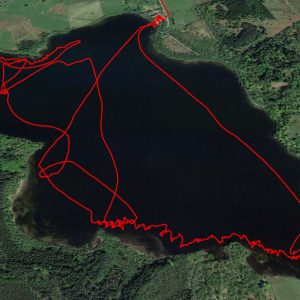